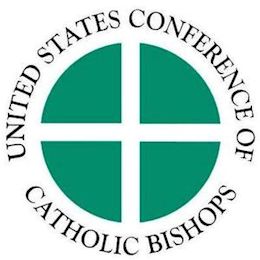 The U.S. Conference of Catholic Bishops has issued the National Synthesis of the People of God in the United States of America. The synthesis marks the completion of the Diocesan Phase of the 2021-2023 Synod: For a Synodal Church: Communion, Participation, and Mission.

Last October, Pope Francis invited the global Catholic Church to reflect on walking together and listening to one another. This “Synod on Synodality” is a two-year process that began with local dioceses and parishes engaging in dialogue through listening sessions. Each diocese then prepared a report of what was heard at these sessions. In turn, those local reports were then sent to the U.S. Conference of Catholic Bishops  and a national summary was created and sent to the Holy See on August 29, 2022.

Bishop Daniel Flores of Brownsville, chairman of the USCCB’s Committee on Doctrine, who shepherded the preparation of the synthesis, wrote, “With immense gratitude, I have the distinct honor of sharing the National Synthesis. This pivotal document is the culmination of ten months of intentional listening carried out throughout the Church in the U.S. The synodal consultations, from parishes, dioceses, and national regions express the voices of hundreds of thousands in our local churches.”

The National Synthesis represents the synodal efforts of the 178 Latin dioceses in the United States, including the Archdiocese for the Military Services, USA, and the Personal Ordinariate of the Chair of St. Peter that serves both the United States and Canada. Due to their long history of synodal practice, the Eastern Catholic Churches shared their reports directly with the Holy See.

Catholic associations, organizations and national ministries in the United States were also invited to participate in the Synod by submitting a summary report from their listening sessions to the USCCB’s Synod Team. In all, 112 submissions were received from organizations and combined with the reports from each of the (Arch)Dioceses, 290 documents in total were received. These contributions represent over 22,000 reports from individual parishes and other groups. There were over 30,000 opportunities to participate in the Synod through in-person and virtual listening sessions as well as online surveys. An estimated 700,000 people participated in the diocesan phase of the Synod in the United States.

Bishop Flores said, “The synthesis is, among other things, an expression of the common joys, hopes, and wounds the bishops have heard and are hearing from the wider body of the Church. The publication of this document is not a concluding moment, it is instead an invitation to continue to dialogue and discern, together, those matters that weigh heavily on the hearts and minds of Catholics in the U.S.”

The National Synthesis is available in both English and Spanish. More information about the diocesan phase of the 2021-2023 Synod – For a Synodal Church: Communion, Participation, and Mission, as well as a brief overview of the next steps in the process can be found at usccb.org/synod.