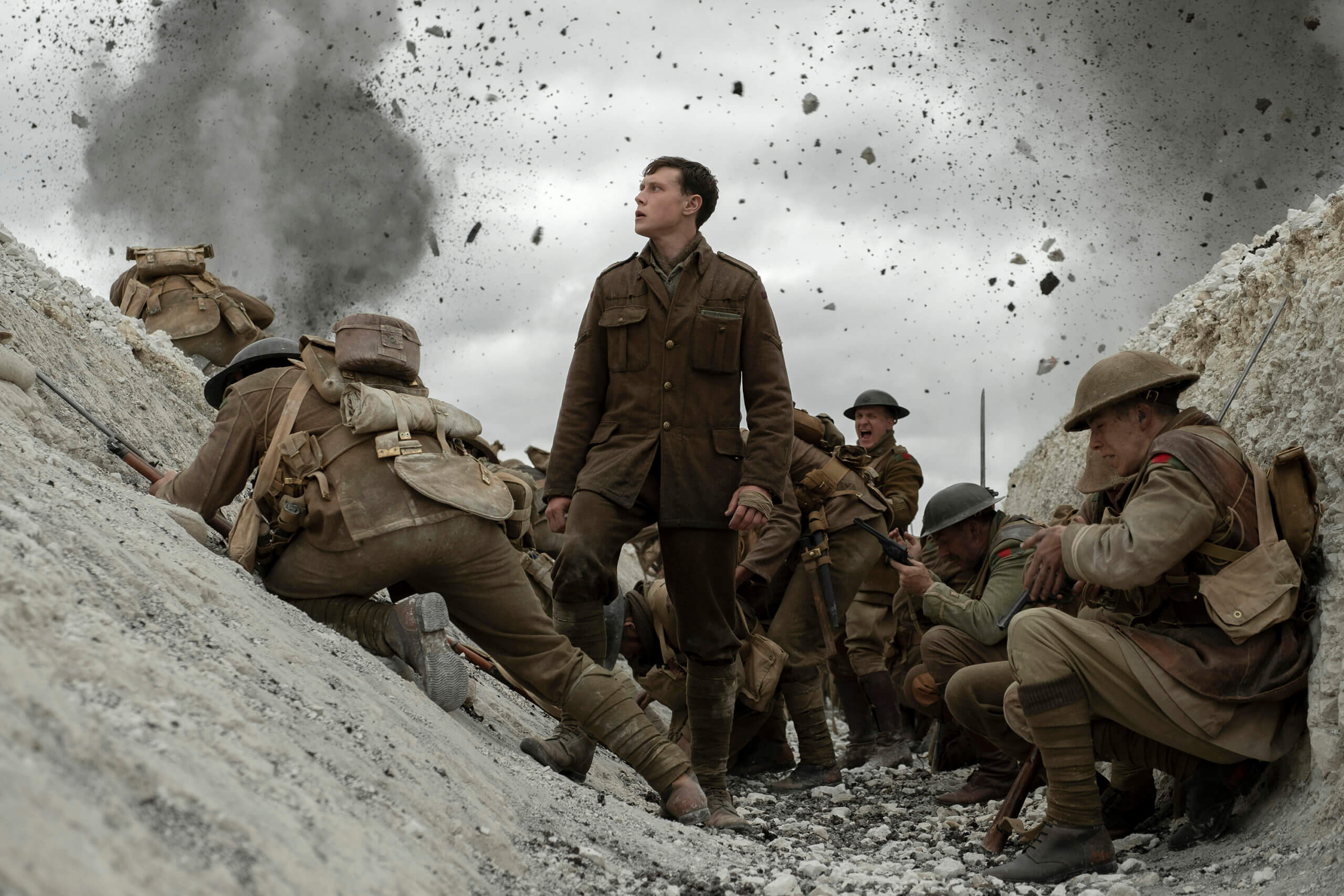 Photo Credit: CNS/Universal - George MacKay, center, stars in a scene from the movie "1917."

“1917” (Universal) is a great movie about the Great War. By turns harrowing and lyrically beautiful — and deeply humane throughout — director and co-writer (with Krysty Wilson-Cairns) Sam Mendes’ gripping historical drama displays both the horrors of trench combat and the endurance of fundamental decency and spiritual striving.

Our entree into the grim spectacle of the global conflict comes as two friends serving with the British Army on the Western Front, Lance Cpls. Schofield (George MacKay) and Blake (Dean-Charles Chapman), are dispatched on a dangerous mission across enemy territory.

Their task is to warn a nearby commander, Col. Mackenzie (Benedict Cumberbatch), that, by carrying out an imminent attack, he will be falling into a German trap. Their mission is made all the more urgent by the fact that one of the 1,600 men under Mackenzie’s command facing slaughter if the assault goes forward is Blake’s brother, Joseph (Richard Madden).

Mendes keeps the stakes high and the pace unflagging as the duo journeys across a once-fruitful but now ruined landscape. While the relentless challenges lying in their path may strike some canny moviegoers as a bit extreme, most will be too busy rooting for the success of their quest to notice.

Unsparing in its portrayal of misery and desperation, “1917” also is luminous in its affirmation of civilized values. This is especially true during an encounter between Schofield and a refugee mother who has taken shelter in a basement as she tries to care for her infant child.

Mendes brings as light and artful a touch to this peaceful interlude as he does to the anti-war theme that pervades the picture. Like a good novelist, he takes to heart the admonition to show rather than tell.

The tension between cynicism and faith also is dealt with in a subtle way. Thus when a burnt-out officer, Lt. Leslie (Andrew Scott), finds that Schofield and Blake are determined to carry out their orders, despite what he regards as hopeless odds, he “anoints” them with the contents of the flask he’s been drinking from while reciting a prayer from the rite then known as Extreme Unction.

Yet, at a climactic moment, the singing of a transcendent hymn transfixes a company of soldiers as they’re about to go into battle — and the audience along with them. While the message conveyed by this scene is broad and implicit, it’s also — like “1917” as a whole -—profoundly moving.