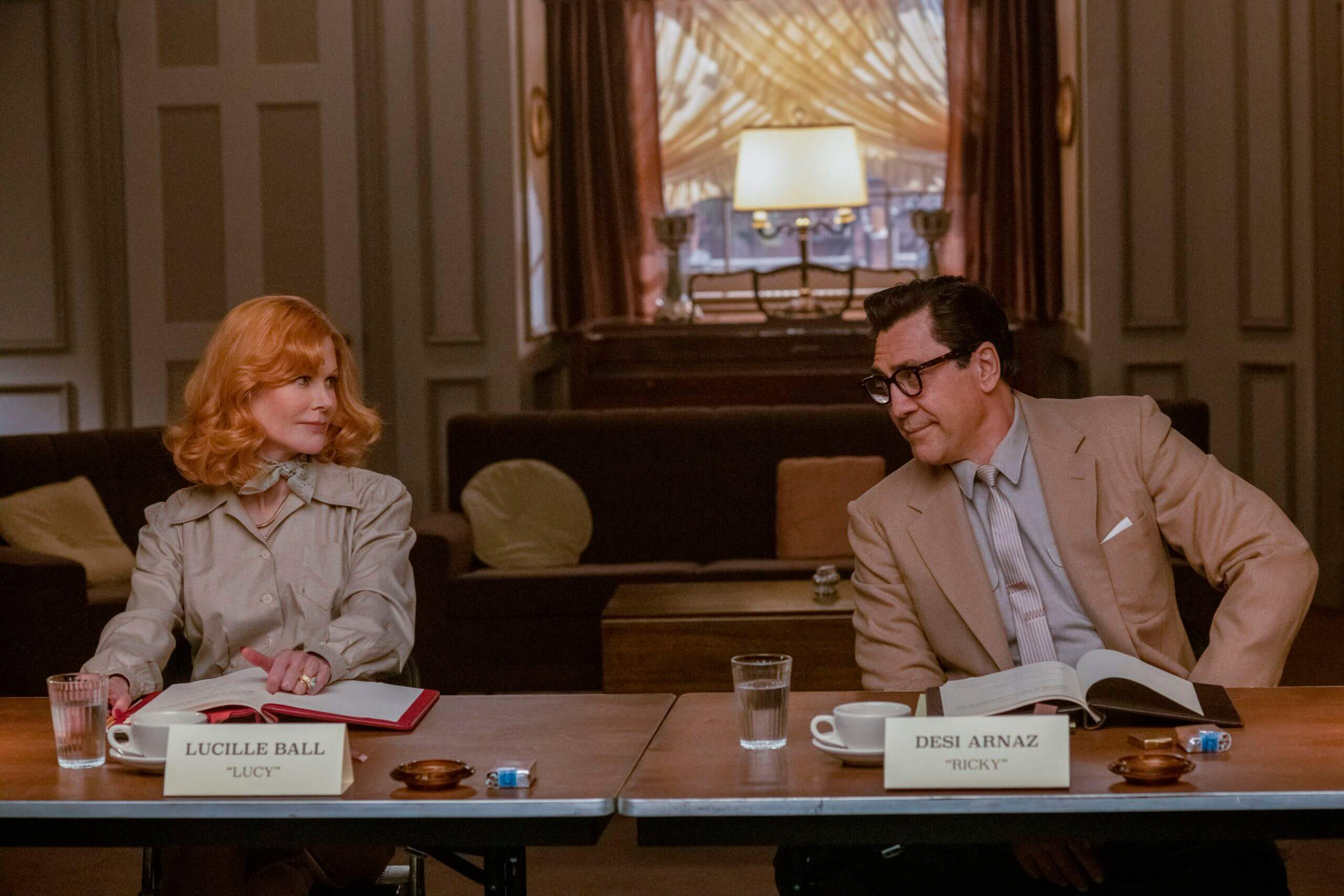 Photo Credit: CNS/Glen Wilson, Amazon Content Services - Nicole Kidman and Javier Bardem star in a scene from the film "Being the Ricardos."

Movie review: ‘Being the Ricardos’

The set of “I Love Lucy” was a toxic workplace. At least, that’s how it’s portrayed in writer-director Aaron Sorkin’s biographical drama “Being the Ricardos” (Amazon).

The iconic sitcom, which first aired on CBS in October 1951, has never really disappeared. Stylized physical comedy plus a musical number in the second act proved to be an exceedingly popular formula. Yet, if the film is to be believed, the principals — both in front of the innovative three cameras employed to film the show and behind them — were in a continuous power struggle.

That comedy is hard, grinding repetitive work is generally known. But everyone in this film takes turns being completely miserable.

Ball tries relentlessly to exert her newfound power as the star of a hit series, usually with cursing and sometimes with the added threat of humiliation. Sorkin never adequately explains the roots of this behavior.

True, Ball had failed to establish herself as a Broadway chorine, and her subsequent film career never gave her top-rank stardom. Yet, although she explains these experiences, they hardly seem to provide a sufficient reason for her to have turned into such a monster.

Frawley, depicted as an alcoholic philosopher out of a Eugene O’Neill play, warns Ball that her success is emasculating her spouse. For her part, Vance is bitter that her character, Ethel Mertz, is a frump — even though Ball reminds her that most women in America look like Ethel. Similarly, Frawley resents the fact that his character, Ethel’s hubby Fred, is referred to as old.

Only Arnaz, the co-owner of the program’s production company, Desilu, comes off pleasantly. He’s shown to have recognized Ball’s gifts sooner than most. “You have a lot more talent than the roles you play allow,” he tells her.

Arnaz also has the diplomatic acumen to balance the sometimes-competing interests of the series’ principal sponsor, Philip Morris Tobacco, and a chorus of grim-faced and usually clueless network executives.

Though he bills his movie as “based on true events,” Sorkin doesn’t hesitate to mash up those events to suit his dramatic purposes. Thus he packs the weeklong process of filming one episode in the early 1950s chockablock with crises.

These include the threatened disclosure that Ball, and her immediate family, had registered as members of the Communist Party in the 1930s as well as the challenges of her second real-life pregnancy; the arrival of Desi Jr. was famously worked into the show’s plot. When the revelation of one of Arnaz’s extramarital affairs in a scandal magazine is added to this mix of miseries, panic takes hold.

The most obvious symptom of this is Ball’s obsessive restaging of a scene between Frawley and Vance. She’s convinced that the contracted director, Donald Glass (Christopher Denham), is incompetent.

Dramatically, the tartness works, but viewers in search of something as innocuously pleasant and funny as “I Love Lucy” may come away bewildered.