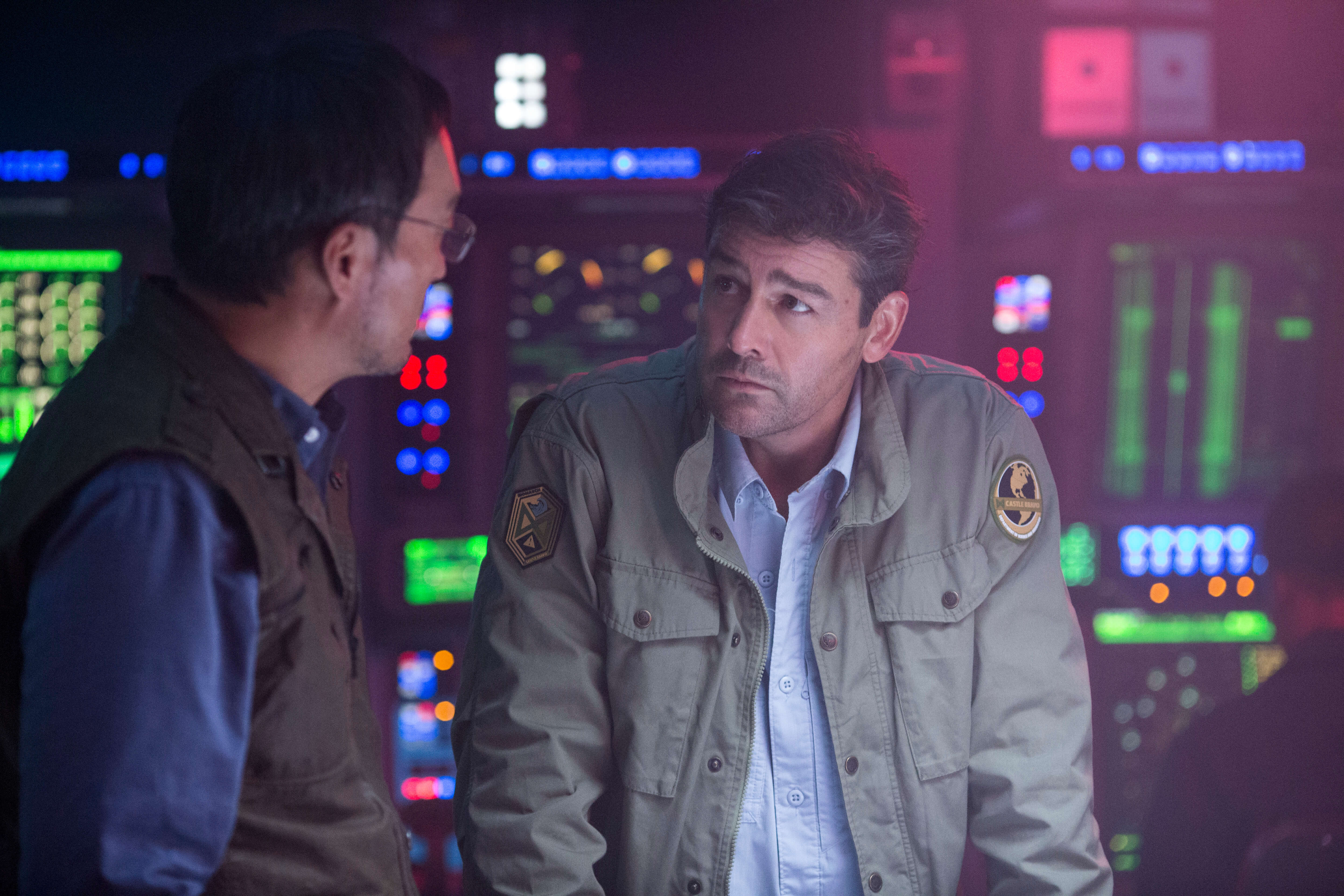 Photo Credit: CNS/Warner Bros. - Ken Watanabe and Kyle Chandler star in a scene from the movie "Godzilla: King of the Monsters." The Catholic News Service classification is A-III — adults. The Motion Picture Association of America rating is PG-13 — parents strongly cautioned. Some material may be inappropriate for children under 13.

If there were an Academy Award for the most aurally annoying film of the year, “Godzilla: King of the Monsters” (Warner Bros.) would certainly be a strong contender.

As its messy plot rambles hither and yon, the titular monster and his ilk, collectively dubbed Titans, screech with rage while one of its three principal characters, animal behaviorist Mark Russell (Kyle Chandler), is almost equally voluble in his effort to awaken everybody — the audience, no doubt, included — to the worldwide apocalypse these creatures are about to unleash. The effect is grating.

Mark and his ex-wife, Emma (Vera Farmiga), wind up on different sides of humanity’s debate about whether to annihilate the Titans or try to live in harmony with them. Their teen daughter, Madison (Millie Bobby Brown), gets stuck in the middle of their conflict.

Emma is in a position to do something about the Titans because she works for Monarch, a government agency set up to deal with the threat they pose. Mark, who used to work for Monarch as well, is brought in to consult, presumably because, with multiple Titans answering the call of their newly active alpha, a three-headed dragon, he can predict what they’ll do next.

Though an opening flashback shows us that Mark and Emma lost a son to an earlier rampage of Godzilla, any semblance of human interest gets trampled underfoot as he and the other lumbering behemoths do battle with one another, courtesy of the special effects unit.

While director and co-writer Michael Dougherty’s sequel to 2014’s “Godzilla” is acceptable for most grown-ups, its weird attempt at an environmentalist theme comes across as addled. The script, penned with Zach Shields, attempts to distinguish between good Titans and their evil counterparts, and Emma becomes the spokesperson for an anti-human view both of history and of the future.

The repeated assertion in its dialogue that the Titans were “the first gods,” moreover, will irk believers. What counts in the end, of course, is not the history of religion but the vast column of flame Godzilla — whose tantrums date back to his 1954 debut under Japanese director Ishiro Honda — is able to emit at opponents.

The film contains pervasive stylized violence, some of it harsh, numerous uses of profanity, a couple of mild oaths, at least one rough and several crude terms and an obscene gesture. The Catholic News Service classification is A-III — adults. The Motion Picture Association of America rating is PG-13 — parents strongly cautioned. Some material may be inappropriate for children under 13.