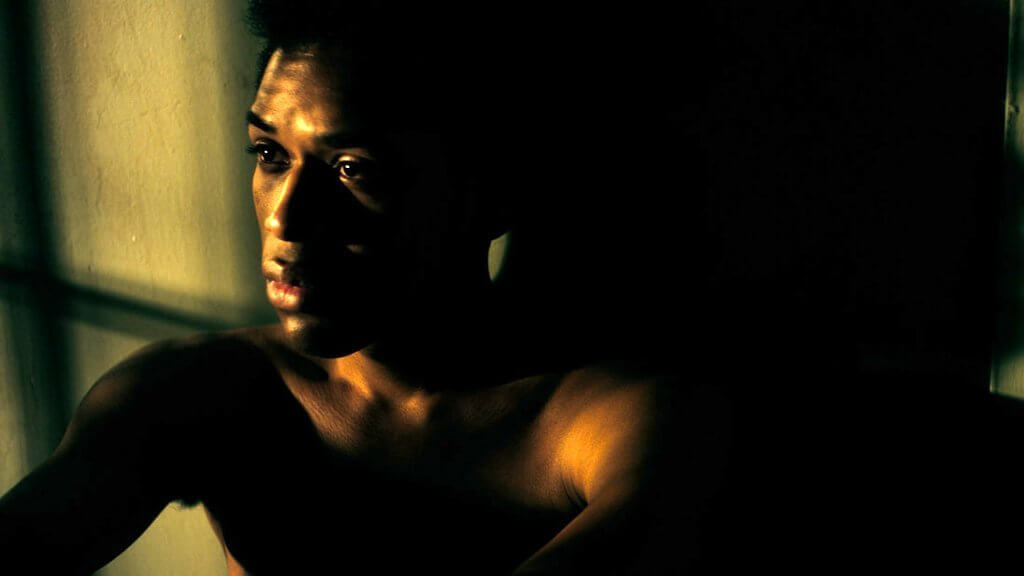 Yet, after two of Steve’s acquaintances from the neighborhood, James King (Rakim Mayers, aka rapper ASAP Rocky) and “Bobo” Evans (John David Washington), rob a bodega, scuffle with the owner and end up shooting him dead, Steve stands accused of serving as their lookout. He claims his presence outside the store was coincidental.

Despite the best efforts of Maureen O’Brien (Jennifer Ehle), Steve’s overworked public defender, and the willingness of one of his teachers, Leroy Sawicki (Tim Blake Nelson), to serve as a character witness, Anthony Petrocelli (Paul Ben-Victor), the prosecutor in the case, seems set to prevail. It’s Petrocelli who calls Steve and his co-defendant “monsters.”

Precisely because viewers recognize that Steve is no such thing, they’ll likely be engrossed by his plight, especially the crushing prospect of having to serve a long sentence in a prison environment within which he already feels lost and endangered. The interest thus inspired helps to compensate for the fact that the movie sometimes feels stagy and at other times static.

A late revelation serves to keep the picture’s moral shading subtle and elevate it over polemics or propaganda. The complex interplay of peer pressure, positive reinforcement and the ill-guided desire to be thought tougher than he is — an ambition that makes Steve vulnerable to King’s morally ambiguous charisma — sustains attention and evokes sympathy.

Like Steve himself, “Monster” isn’t perfect. But it certainly is engaging.

The film contains brief violence, gory images, mature themes, drug use, at least one instance of profanity, a milder oath as well as frequent rough and much crude language. The Catholic News Service classification is A-III — adults. The Motion Picture Association rating is R — restricted. Under 17 requires accompanying parent or adult guardian.