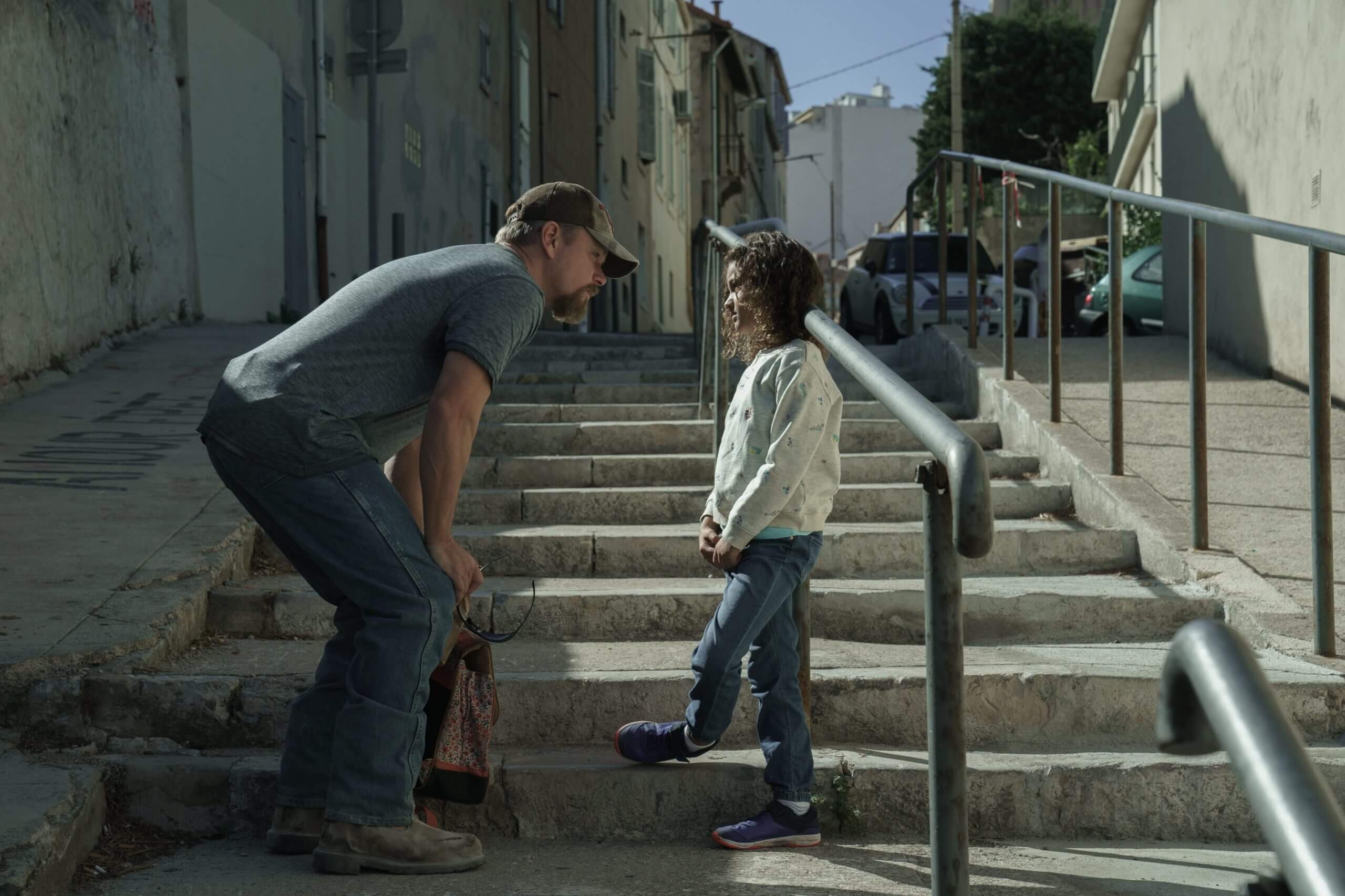 Matt Damon plays a man in search of redemption and renewal in the bleak yet touching drama “Stillwater” (Focus).

Directed and co-written by Tom McCarthy, the film succeeds on a personal and cultural level, though its brief forays into overtly political territory are far feebler. Its ambiguous treatment of faith, together with other elements, marks it as fare for grown-ups.

Damon portrays Bill Baker, an unemployed and widowed oil-rig worker from the Oklahoma city of the title. Five years after his college-age daughter, Allison (Abigail Breslin), an exchange student, was imprisoned in Marseille for the murder of her lesbian lover, Lina — a crime of which she insists she is innocent — Bill relocates to the French port city to follow up a new lead in the case.

Stymied by the refusal of Allison’s lawyer, Maitre Leparq (Anne Le Ny), to pursue the fresh evidence, Bill is forced to investigate on his own. Yet he’s a fish out of water in his new surroundings, understanding neither the national language nor the local rules of behavior.

He turns for help to a chance acquaintance, stage actress Virginie (Camille Cottin), a single mother who, with her young daughter Maya (Lilou Siauvaud) in tow, is staying at the same hotel as Bill while waiting to move into a new apartment. The two strike up a friendship and, once Virginie and Maya get settled, Bill moves in with them.

Romance with Virginie looms as Bill, whom Allison regards as a failed father, seeks a second chance at successful parenthood through his nurturing of Maya. But his prospects for emotional fulfillment are threatened by the rashness with which he is willing to act to find the real culprit behind the killing.

The script, penned in partnership with Marcus Hinchey, Thomas Bidegain and Noé Debré, is effective in examining the strained relationship between Bill and alienated Allison. It also captures the clash between the values of the American heartland Bill personifies and those of Europe, though its approach to this topic sometimes feels facile.

Along with his gun ownership, one of the aspects of Bill’s lifestyle that Virginie finds hard to fathom is his heartfelt, though nondenominational, piety. Thus, when he quietly insists on saying grace before eating, it feels like a faux pas to which she reacts with mildly amused bewilderment.

It’s also clear that Allison merely pretends to join in Bill’s prayers during his visits to her. Where viewers’ sympathies are meant to lie, however, is less apparent.

While Allison’s ongoing emotional tie to Lina is clearly established, murky circumstances prevent this from having much of a wider, real-world application. McCarthy and his fellow screenwriters take it for granted that the relationship was not, in itself, morally questionable — and adopt a similar stance toward the possibility of Bill and Virginie moving in together.

Yet the fatal outcome of Allison and Lina’s bond makes it obvious that it was a dangerously volatile one. As a result, the movie avoids sending any particular message about homosexuality as a general matter.

Flawed but affecting, “Stillwater” avoids caricature, though it doesn’t always steer clear of au courant sententiousness. Still, it’s a thoughtful production to which Damon brings a winning degree of understatement.