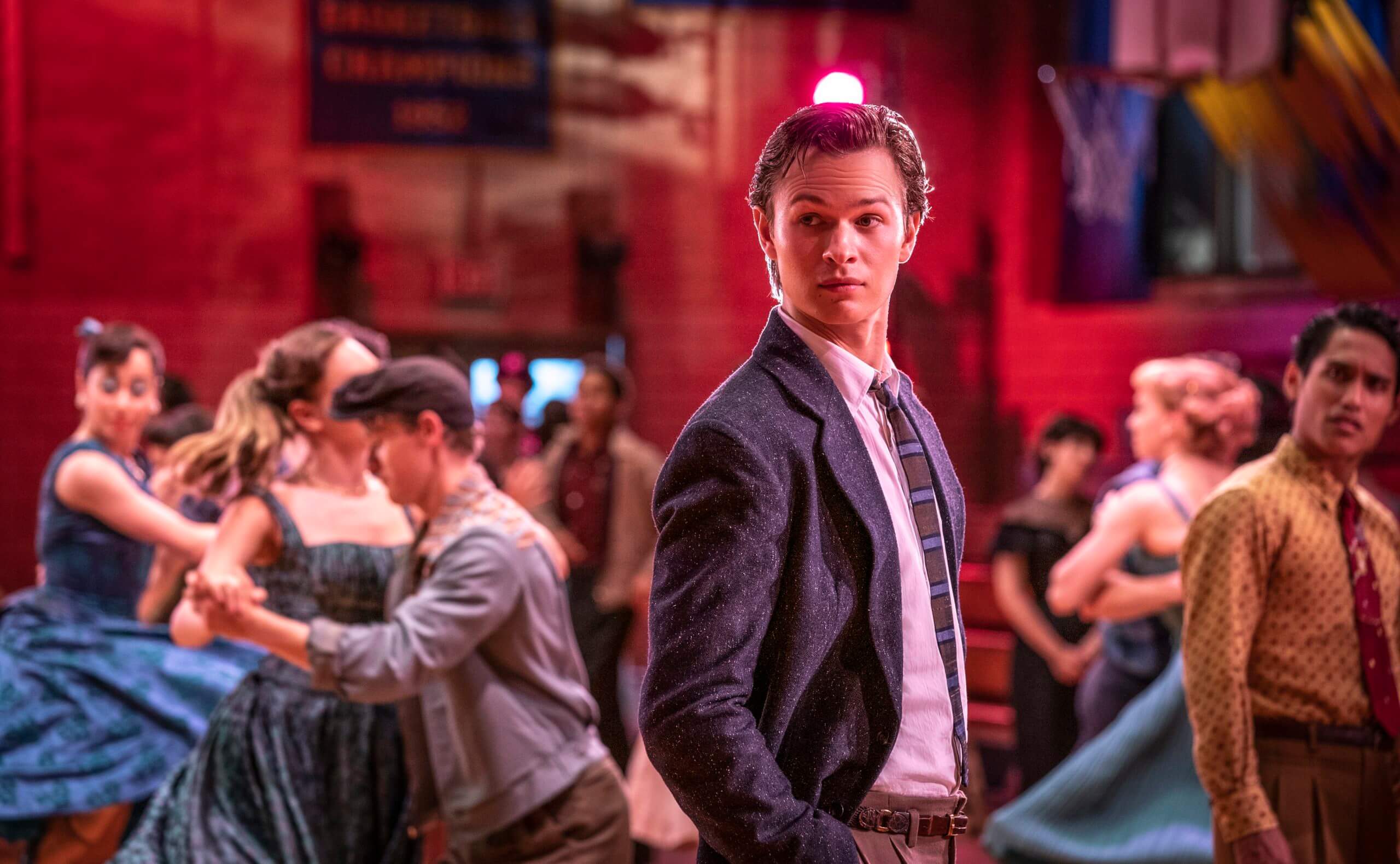 What do you get when you combine composer Leonard Bernstein, lyricist Stephen Sondheim, playwright Arthur Laurents and choreographer Jerome Robbins, then throw director Steven Spielberg and screenwriter Tony Kushner into the mix?

You get “West Side Story” (20th Century), the splendid second film version of the classic 1957 Broadway musical.

It was Robbins who first had the idea to update Shakespeare’s “Romeo and Juliet.” Laurents later developed Robbins’ original concept, ultimately exchanged a feud between families in Renaissance-era Italy for a rivalry between two gangs — one white, the other Hispanic — in the then-downtrodden Manhattan neighborhood of the title.

Caught in the middle of the contemporary conflict would be in-love-at-first-sight slum dwellers Tony (Ansel Elgort) and Maria (winning newcomer Rachel Zegler).

As Kushner’s script charts their romance, as well as their effort to cross the ethnic divide that separates them, he adheres more closely to the stage play than to the 1961 movie, helmed by Robbins and Robert Wise. He also amplifies the Latino flavor of the proceedings by giving characters dialogue in Spanish.

With the whole area for control of which the Jets and the Sharks compete slated to be demolished in preparation for the building of Lincoln Center (an early example of gentrification), tensions are running high. They only intensify once Tony’s pal, Riff (Mike Faist), with whom he started the Jets, proposes a climactic showdown to Maria’s brother Bernardo (David Alvarez), leader of the Sharks.

Tony, here a recent parolee haunted by how close he came to committing murder in an earlier rumble — the incident for which he was imprisoned — wavers between avoiding his friends altogether and striving to make peace. The better angels of his nature are embodied in his kindly patron and boss, Valentina (Rita Moreno).

Moreno, of course, is a veteran of the previous production and won an Academy Award for her turn as Bernardo’s girlfriend, and Maria’s bestie, Anita — a role now taken up, with appropriate brio, by Ariana DeBose. Another connection to the past is Valentina’s backstory as the widow of Doc, the proprietor of the eponymous drugstore and hangout, played, back in the days of Camelot, by character actor Ned Glass.

By turns celebratory and heartbreaking, Spielberg’s masterful enhancement of the original collaborators’ already brilliant work will captivate grown-ups. Whether teens should be allowed to join in alternating toe-tapping with tearing up, however, is another question.

If Spielberg’s take is even more kinetic than its lively predecessor, it’s also quite a bit grittier and more visceral. That’s especially true during a pivotal scene in which Anita becomes trapped among the Jets and is sexually assaulted.

To this can be added a generally respectful but somewhat mixed treatment of faith. On the one hand, Catholic elements are, if anything, more prominent than in the earlier adaptation.

Thus the exchange of marital vows solemnized in the song “One Hand, One Heart” takes place, not in a dress shop, the frame of whose only window serves as an austere substitute for a cross, but amid the medieval splendors of The Cloisters museum. There, the would-be bride and groom are suffused by the warm light of a stained-glass window as they make their mutual commitment.

Less welcome is the fact that some of the racier lyrics given to Anita — though, admittedly, they’re pretty mild by today’s standards — are here sung while she’s supposed to be praying the rosary in church. More substantively, she and Bernardo are depicted as living together.

As for the principals, they’re shown waking up in bed together at one point. This is after the aforementioned informal wedding ceremony, though. It’s clear that they consider themselves married and, in fact, before the 16th-century Council of Trent, their intensely earnest pledges to each other would have constituted a valid bond in the eyes of the Church.

Balancing these defects, however they’re weighed, are the movie’s fundamental messages about the pernicious effects of prejudice and the overarching unity of all. Seldom has the cost of narrowmindedness been more dramatically or more movingly illustrated.

The film contains mostly stylized violence with minimal gore, an attempted gang rape, cohabitation, offscreen premarital sexual activity, about a dozen uses of profanity, at least one milder oath and some crude and crass talk. The Catholic News Service classification is A-III — adults. The Motion Picture Association rating is PG-13 — parents strongly cautioned. Some material may be inappropriate for children under 13.