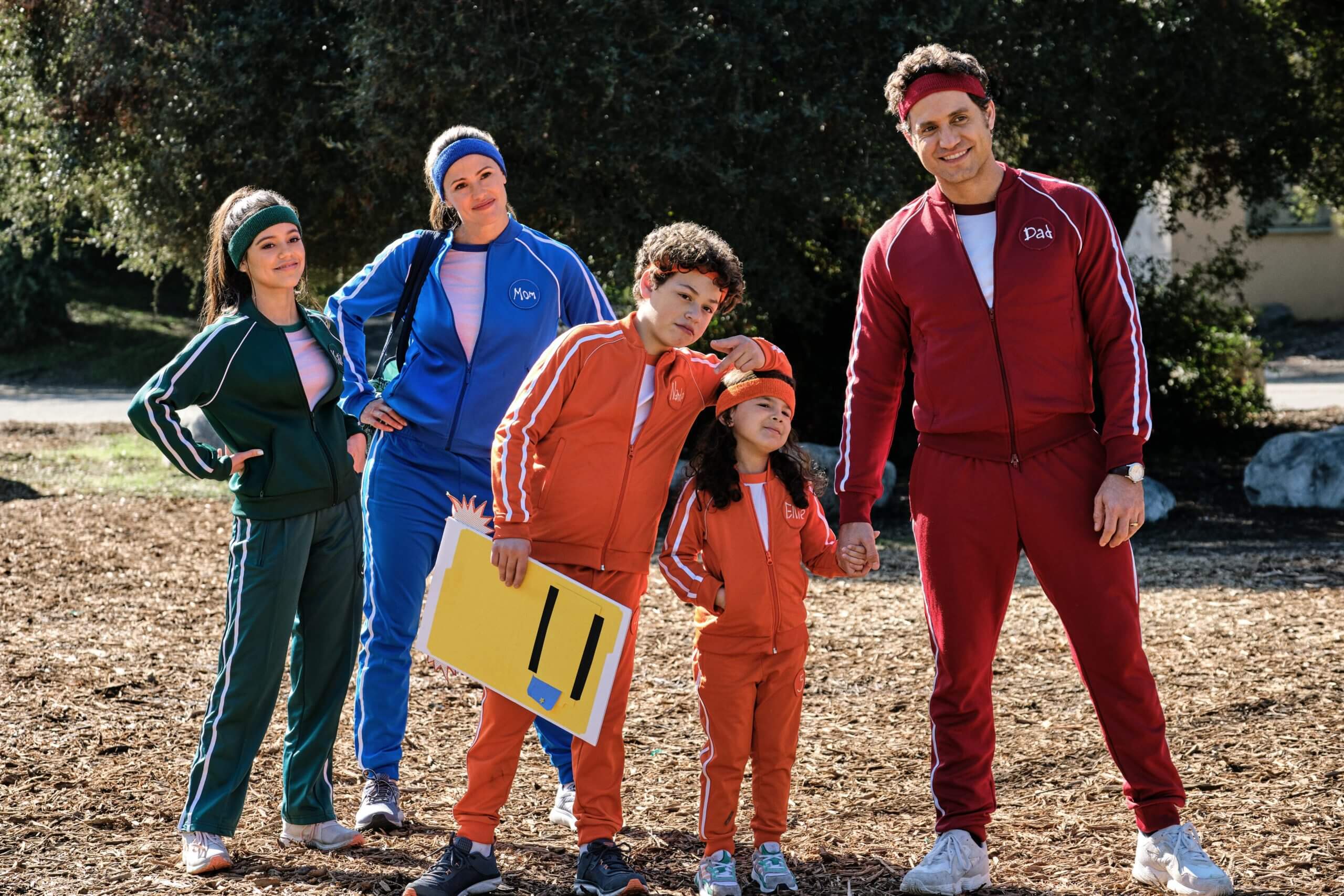 As flashbacks show us, in their younger years, they were both adventurous and fun-loving, willing to try new, sometimes crazy, things and live life to its fullest. In fact, that’s how they met and fell in love.

Then they became parents. As they established house rules in order to keep their kids — 14-year-old Katie (Jenna Ortega), middle-schooler and science geek Nando (Julian Lerner) and preschooler Ellie (Everly Carganilla) — safe and healthy, “no” became the more operative word.

That the couple may have taken this too far is driven home to Allison during a parent-teacher night at the children’s school. Katie, she discovers, has written a haiku about how awful and restrictive her mother is and Nando has produced a video for social studies class comparing Allison to historical dictators.

In the wake of this revelation, teacher Mr. Deacon (Nat Faxon) suggests Allison and Carlos give their kids a “Yes Day,” a 24-hour period during which the kids make the rules and the parents have to agree to every request — within reasonable limits, of course.

It doesn’t take much imagination to picture the raucous results. All starts off well, with fun and games (and parental makeovers courtesy of Ellie). But, as the day progresses, relationships become strained.

A mom herself, Garner also is a veteran of maternal roles on screen — 2016’s “Miracles from Heaven” and “The Odd Life of Timothy Green” from 2012 being just two examples. She inhabits Allison with a hilariously explosive mixture of appropriate care and quasi-psycho excess that is super fun to watch.

As Carlos, Ramirez is more understated. His father figure is both the more easygoing of the parental pair and something of a straight man for Garner’s character.

The movie gently promotes a balanced sense of openness on the part of parents, who can help kids to grow by letting them make — and learn from — mistakes. It also reminds viewers of the value of spending family time together, having fun but also celebrating each other and ritualizing important moments.

The film contains brief suggestive material and a single crass term. The Catholic News Service classification is A-II — adults and adolescents. The Motion Picture Association rating is PG — parental guidance suggested. Some material may not be suitable for children.

Juanita Fernandez Solar, who would become St. Teresa of the Andes, exemplified in her short life [...]

Read More
Next Article
Book review: ‘Spiritual Practices for the Brain’
Back to Vermont Catholic Magazine