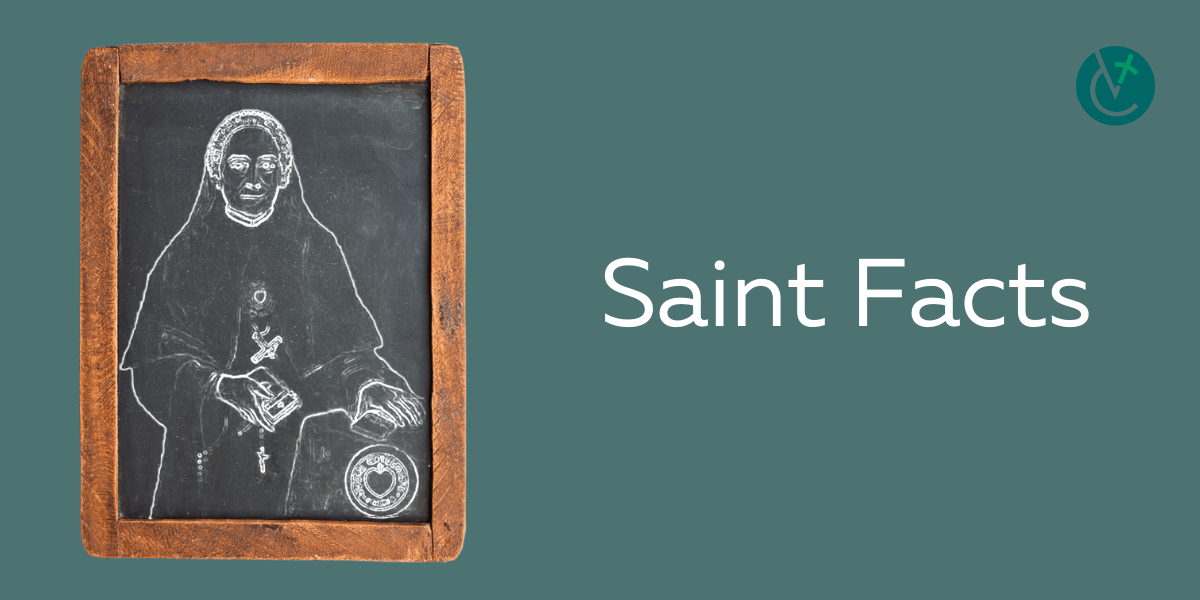 Because the fall issue of Vermont Catholic magazine was dedicated to education, here is a look at a few of the saints who were teachers.

An excellent student, he was a part-time teacher by age 14 and became a teacher at several schools. He founded a school in southern France and taught classes and catechism and visited the sick. He is the patron saint of accordionists; when working with youth groups he often lead songs by playing a concertina.

A teacher and catechist in Naples, she was noted for her devotion to the Virgin Mary and founded the Congregation of the Catechetical Sisters of the Sacred Heart of Jesus. The morning before she died, she met with 100 children preparing for their First Communion.

He was a noted teacher of languages, mathematics, poetry, astronomy and the Bible. Born between 630 and 637, the native of North Africa established numerous schools in various parts of England in which many saints, scholars and missionaries were educated.

Educated in Colombia, this teacher was known for her work with indigenous peoples and for acting as a strong role model for South American girls. The last nine years of her life were lived in a wheelchair because of a prolonged illness.

Raised in a pagan South Korean family, he became a teacher, converted to Christianity and served as a catechist. He spent his free time caring for orphans and visiting the sick. He was martyred for his faith.

With two friends, she opened a free pre-school for girls in 1685 then oversaw training of teachers and the administration of schools in the Diocese of Montefiascone, Italy. By the time of her death there were 40 schools under her direction. She was the foundress of the Religious Teachers Venerini who came to the United States in 1909 and established the first day-care centers in many Northeast cities.

He was on the staff of a college in Rome as professor of theology and later professor of apologetics. An Irish archbishop, he was a prolific letter writer who sometimes wrote sideways on the margin of the paper to fill the whole page. When he was canonized in 1975, he became the first new Irish saint in almost 700 years.

Educated at private schools and by her father, she helped support her family while a teen by working as a clerk in a stationery store in Melbourne, Australia. She was a tutor and a teacher and established a “Seminary for Young Ladies” in her home. She was known for her holiness, her constant work in the local church and turning to prayer before making decisions. Several Australian composers have written sacred music to celebrate her.