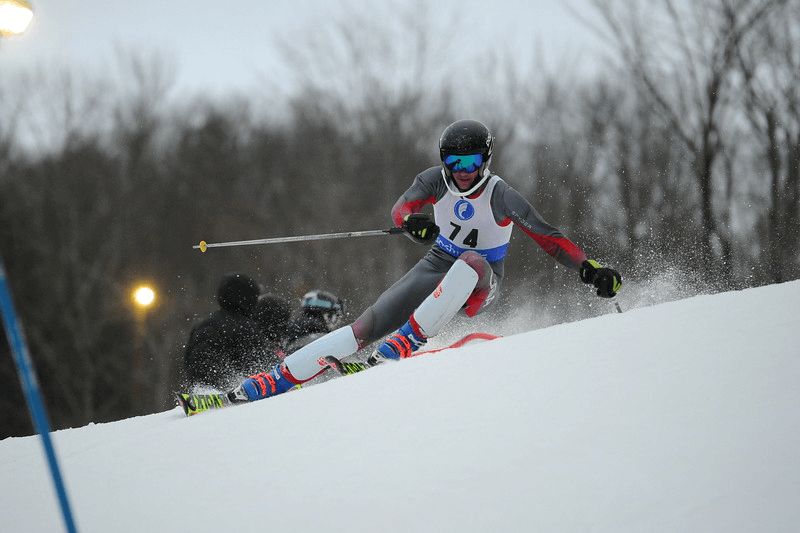 Things have really gone downhill for Lucas Pencak during his senior year at Mount St. Joseph Academy in Rutland, but that’s just the way he likes it.

Lucas is one of eight members of the MSJ Ski Team, competing in slalom and giant slalom events. A senior at the Catholic high school, he has goals for himself on the mountain and for life after graduation.

Lucas said the team’s goals this year are to be competitive with larger schools throughout the season and to qualify for the state meet, which they accomplished last year.

Personally, Lucas is seeking to be the best skier he can be. “I’m trying to consistently ski at a higher level and put down good runs on a consistent basis, not be like Jekyll and Hyde, back and forth.”

Lucas is planning to attend University of Vermont to study business administration.