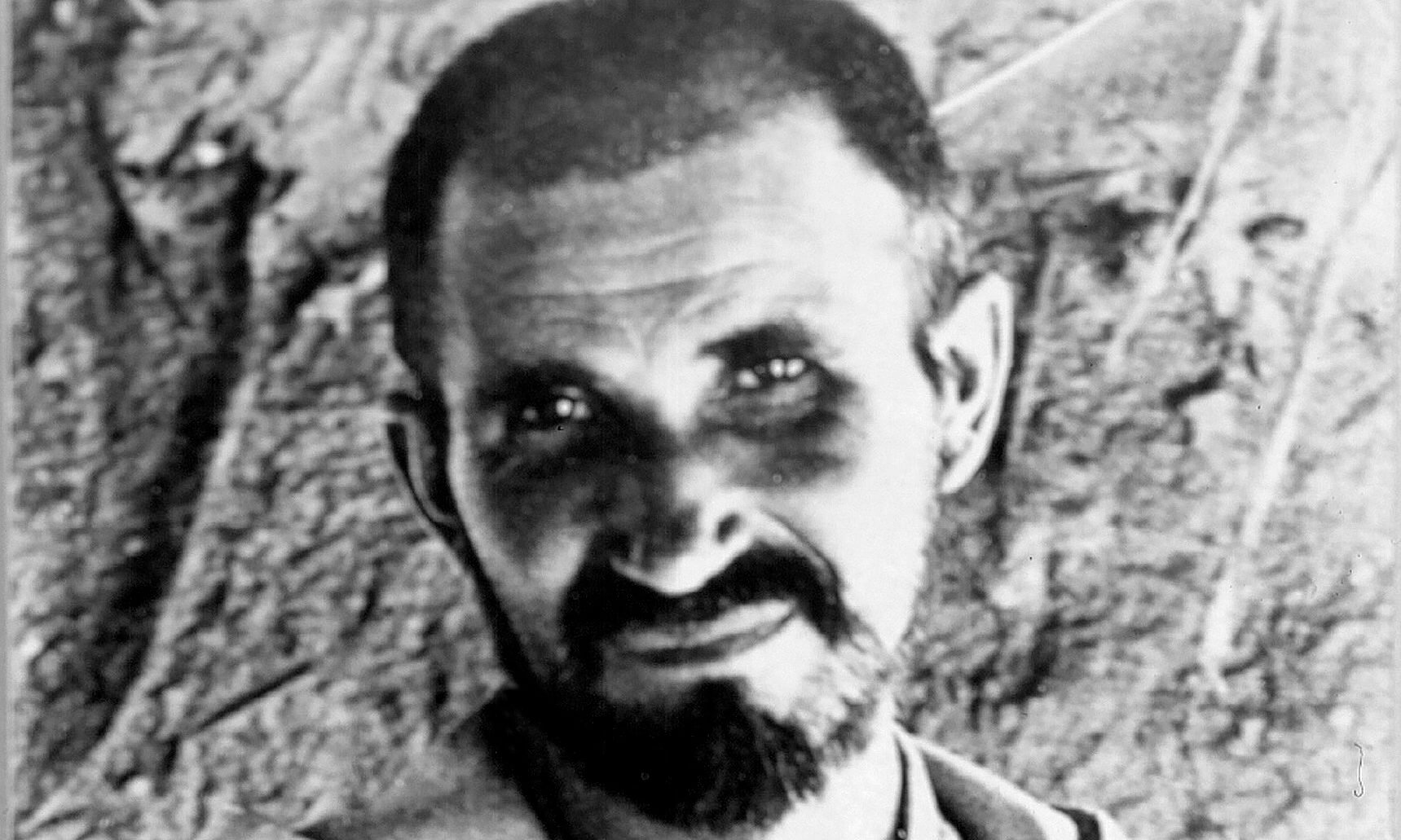 Photo Credit: CNS/courtesy of I.Media - Blessed Charles de Foucauld is pictured in an undated photo. On May 3 Pope Francis approved the canonization of Blessed de Foucauld and six others during an "ordinary public consistory." Born in Strasbourg, France, in 1858, Blessed de Foucauld lost his faith during his adolescence but rediscovered it after after being inspired by Muslims during a visit to Morocco.

The sainthood causes of seven men and women — including the hermit Blessed Charles de Foucauld and the Indian martyr Devasahayam Pillai — cleared their final hurdle May 3 during an “ordinary public consistory,” a meeting of the pope, cardinals and promoters of sainthood causes that formally ends the sainthood process.

Also included was Blessed Giustino Maria Russolillo, an Italian priest who founded the Society of Divine Vocations for men and the Vocationist Sisters. He was born in 1891 and died in 1955. Priests of the order serve in Vermont.

The meeting included a prayer, an affirmation that church law had been followed in preparing for the candidates’ declaration of sainthood and a formal request “in the name of Holy Mother Church” that Pope Francis set a date for the canonizations.

Speaking in Latin, Pope Francis approved the canonizations but said the date for the ceremony would have to be determined later, Vatican News reported, because of the ongoing Covid-19 pandemic.

Blessed Charles de Foucauld is undoubtedly the best known of the seven saints-to-be.

Pope Francis, in his encyclical “Fratelli Tutti, on Fraternity and Social Friendship,” described Blessed de Foucauld as a “person of deep faith who, drawing upon his intense experience of God, made a journey of transformation toward feeling a brother to all.”

“Blessed Charles directed his ideal of total surrender to God toward an identification with the poor, abandoned in the depths of the African desert,” the pope wrote. “In that setting, he expressed his desire to feel himself a brother to every human being and asked a friend to ‘pray to God that I truly be the brother of all.’ He wanted to be, in the end, ‘the universal brother.’ Yet only by identifying with the least did he come at last to be the brother of all. May God inspire that dream in each one of us.”

Born in Strasbourg, France, in 1858, Blessed de Foucauld strayed from the faith during his adolescence, but during a trip to Morocco, he saw how devoted Muslims were to their faith, which inspired him to return to the church.

He joined the Trappists, living in monasteries in France and in Syria, before seeking an even more austere life as a hermit. After his ordination to the priesthood in 1901, he lived among the poor and finally settled in Tamanrasset, Algeria. In 1916, he was killed by a band of marauders. His writings inspired the foundation, after his death, of the Little Brothers of Jesus and the Little Sisters of Jesus.

The martyr of India who will be declared a saint is Blessed Pillai, an 18th-century Catholic layman who was killed for refusing to refute his faith despite being brutally tortured.

Born to an upper-caste Hindu family in 1712 and given the name Neelakanda, Blessed Pillai became a trusted soldier of the Hindu king but later incurred his wrath for embracing Christianity. Baptized in May 1745, he was given the name Devasahayam, a Tamil rendering of the biblical name Lazarus.

He began preaching and converted his wife and others, which made many officials angry. He was arrested and sentenced to death in 1749, but just before he was sent to the gallows, the Hindu king canceled the execution order. Blessed Pillai remained imprisoned for three more years, enduring torture and public beatings and ridicule for refusing to renounce his faith before secretly being taken into the jungle and shot.

The others approved for canonization are:

+ Blessed César de Bus, the France-born founder of the Fathers of Christian Doctrine, a religious congregation dedicated to education, pastoral ministry and catechesis. Born in 1544, he died in 1607.

+ Blessed Luigi Maria Palazzolo, an Italian priest and founder of the Congregation of the Sisters of the Poor. He was beatified by St. John XXIII in 1963. The sainthood causes of six members of the order who died in Congo in 1995 caring for victims of Ebola also are underway.\

+ Blessed Anna Maria Rubatto, founder of the order now known as the Capuchin Sisters of Mother Rubatto. She was born in Carmagnola, Italy, in 1844 and died in Montevideo, Uruguay, in 1904.

+ Blessed Maria Domenica Mantovani, co-founder and first superior general of the Little Sisters of the Holy Family. Born in 1862 in Castelletto di Brenzone, Italy, she dedicated her life to serving the poor and needy as well as assisting the sick and the elderly. She died in 1934.