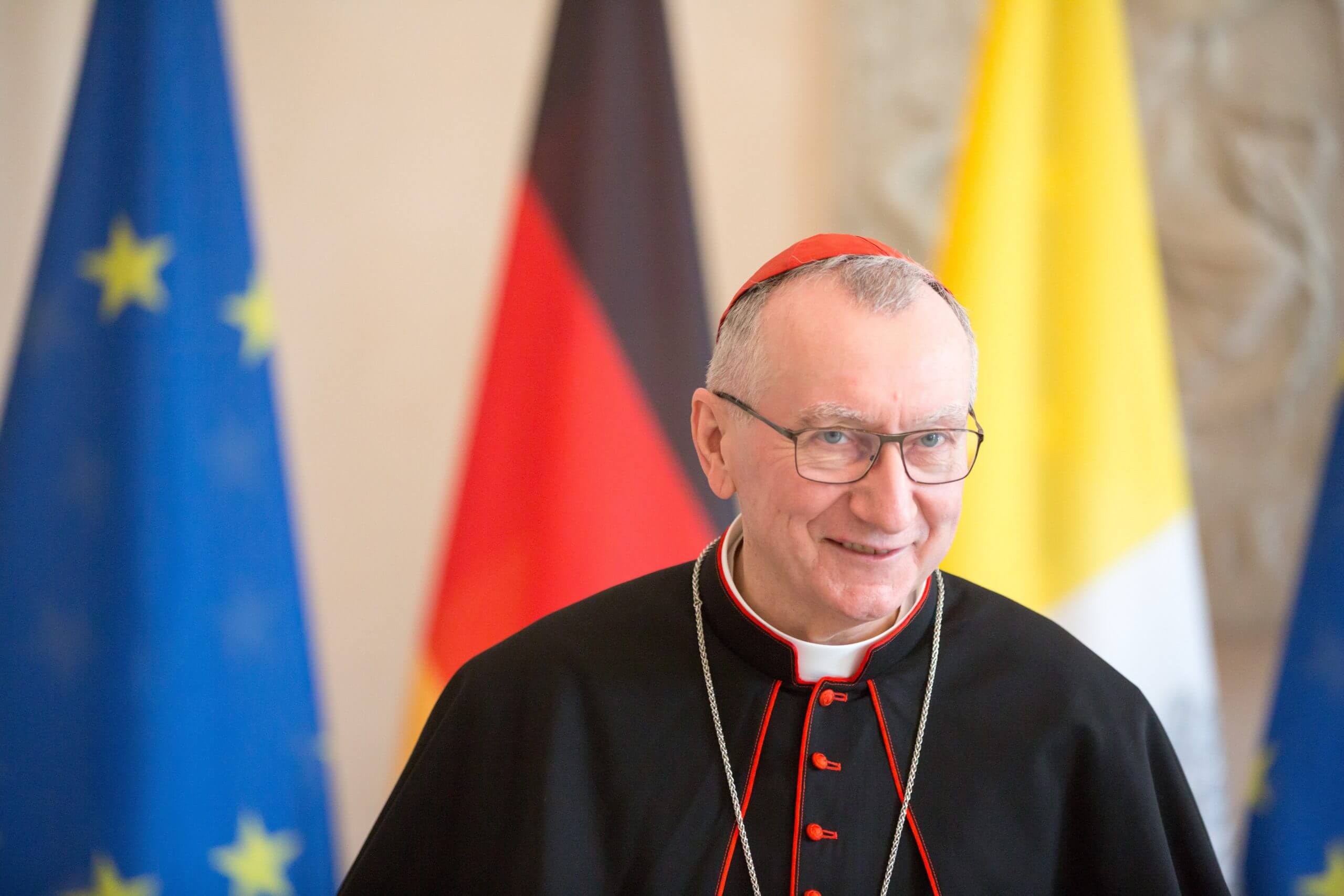 Courage needed to place needs of others first, cardinal says

The sense of shared responsibility for the common good requires the courage to place the needs of others before one’s own, a Vatican official wrote on behalf of Pope Francis.

In a message sent Aug. 19 to the 42th Meeting in Rimini, an annual event sponsored by the Communion and Liberation movement, Cardinal Pietro Parolin, Vatican secretary of state, said the pandemic has reawakened “fundamental questions about the meaning of existence and the utility of living that had been dormant or, worse still, censored for too long.”

“Society has a vital need for people who are responsible,” the cardinal said. “Without a person there is no society but a random aggregation of beings who do not know why they are together. The only glue left would be the selfishness of calculation and self-interest that makes us indifferent to everything and everyone.”

The theme of the Aug. 20-25 meeting — “The courage to say ‘I'” — was inspired by a quote from the diary of 19th-century Danish philosopher Soren Kierkegaard.

The event’s theme, Cardinal Parolin said, was “extremely significant” at a time when the world needs “to start off again on the right foot, so as not to waste the opportunity provided by the crisis of the pandemic.”

For many, he continued, the pandemic has inspired a sense of personal responsibility in those who, “faced with sickness and pain, faced with the emergence of a need, many people unflinchingly said, ‘Here I am.'”

Drawing once again from the meeting’s theme, Cardinal Parolin said that for others, the idolatry of power and money often places individual needs over the collective good, “with an ‘I’ focused on its own needs and subjective rights rather than an ‘I’ open to others, striving to form the ‘we’ of fraternity and social friendship.”

“The Holy Father tirelessly warns those with public responsibilities against the temptation to use people and discard them when they are no longer needed, instead of serving them,” he said.

In today’s world, he added, there is a need for people to say “‘I’ with responsibility and not with selfishness, communicating with his or her own life that the day can begin with reliable hope.”

“Where, then, can the courage to say ‘I’ come from?” the cardinal asked. “It comes from that phenomenon called encounter. Only in the phenomenon of encounter is the possibility given to the self to decide, to make itself capable of welcoming, of recognizing and welcoming.”

By encountering Christ, he added, Christians can find the courage to hope because it is “the risen Lord who is our security, who makes us experience profound peace, even in the midst of life’s storms.”

Cardinal Parolin conveyed Pope Francis’ hope that the participants of the Meeting in Rimini may give a “living witness” to the Gospel, especially for those who “are quietly seeking God, led by a yearning to see his face, even in countries of ancient Christian tradition.

“This is the contribution that the Holy Father expects the meeting to give to restarting, in the awareness that ‘the security of faith sets us on a journey; it enables witness and dialogue with all,’ where no one is excluded, because the horizon of faith in Christ is the entire world,” he said.