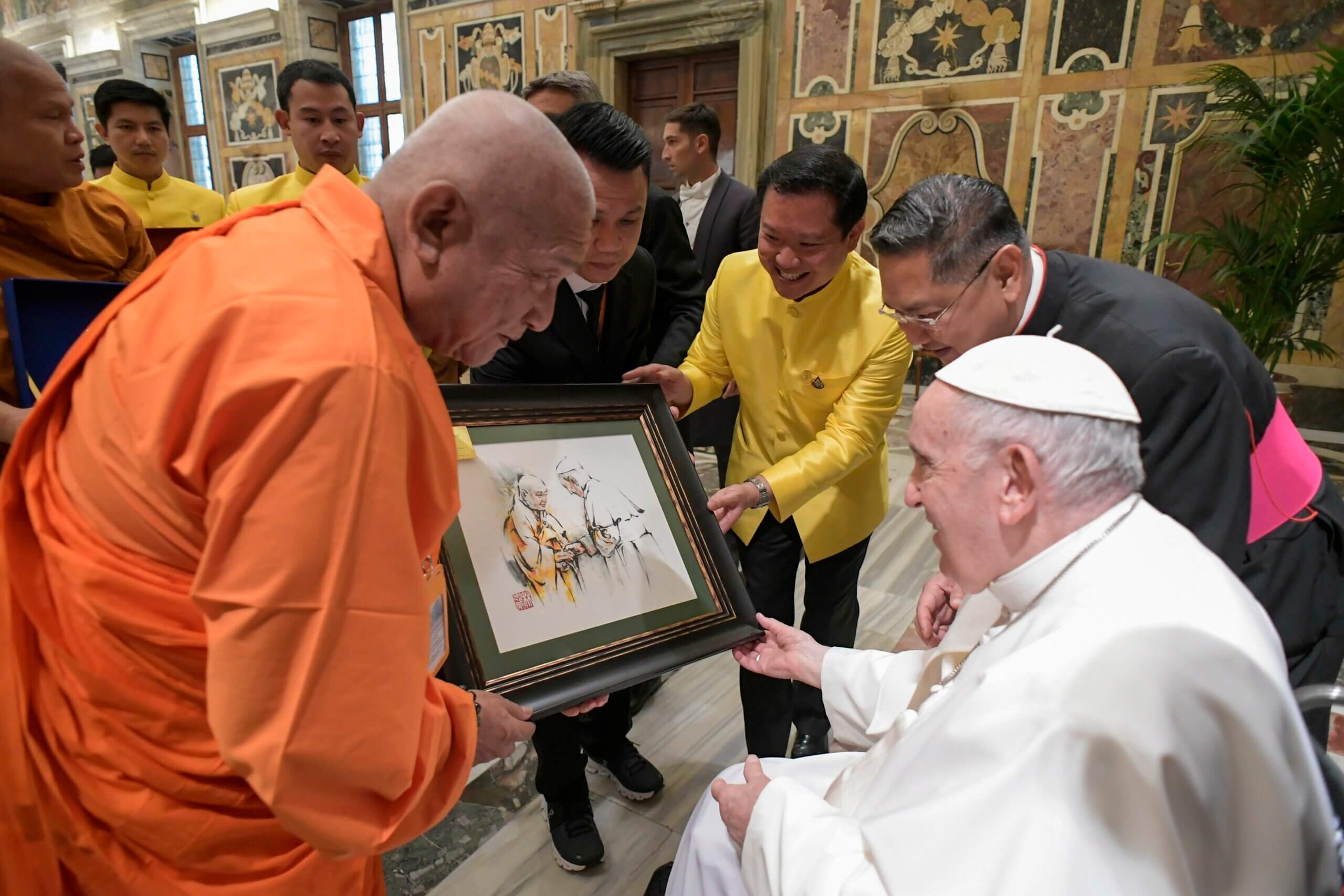 Photo Credit: CNS/Vatican Media - Pope Francis receives a sketch during meeting with a delegation of Buddhists from Thailand in Clementine Hall at the Vatican June 17.

Interreligious dialogue and cooperation are needed more than ever during this time when people and the planet are facing multiple threats, Pope Francis told a delegation of Buddhists from Thailand.

“Sadly, on all sides we hear the cry of a wounded humanity and a broken Earth,” he said.

“Our task today is to guide our respective followers to a more vivid sense of the truth that we are all brothers and sisters,” he told the group during an audience at the Vatican June 17.

“It follows that we should work together to cultivate compassion and hospitality for all human beings, especially the poor and marginalized,” the pope said.

The delegation included more than 30 prominent Buddhist monks, about 60 lay Buddhists and several representatives of the Catholic Church in Thailand, according to Vatican News. They were in Rome attending a June 17 conference titled, “Friendship between Buddhists and Christians for a Culture of Encounter,” sponsored by Rome’s Pontifical Urbanian University and the Vatican Dicastery for Interreligious Dialogue.

The purpose of their visit was to commemorate the 50th anniversary of the meeting between St. Paul VI and the 17th supreme Buddhist patriarch of Thailand, Somdej Phra Wannarat.

The pope thanked members of the delegation for their visit to the Vatican “to renew our bonds of friendship and mutual collaboration,” and he recalled his visit to Thailand in 2019, highlighting “the wonderful welcome and hospitality I received.”

The pope told them that “at a time when our human family and our planet are facing manifold threats, such friendly dialogue and close collaboration are all the more necessary.”

“The Buddha and Jesus understood the need to overcome the egoism that gives rise to conflict and violence,” he said.