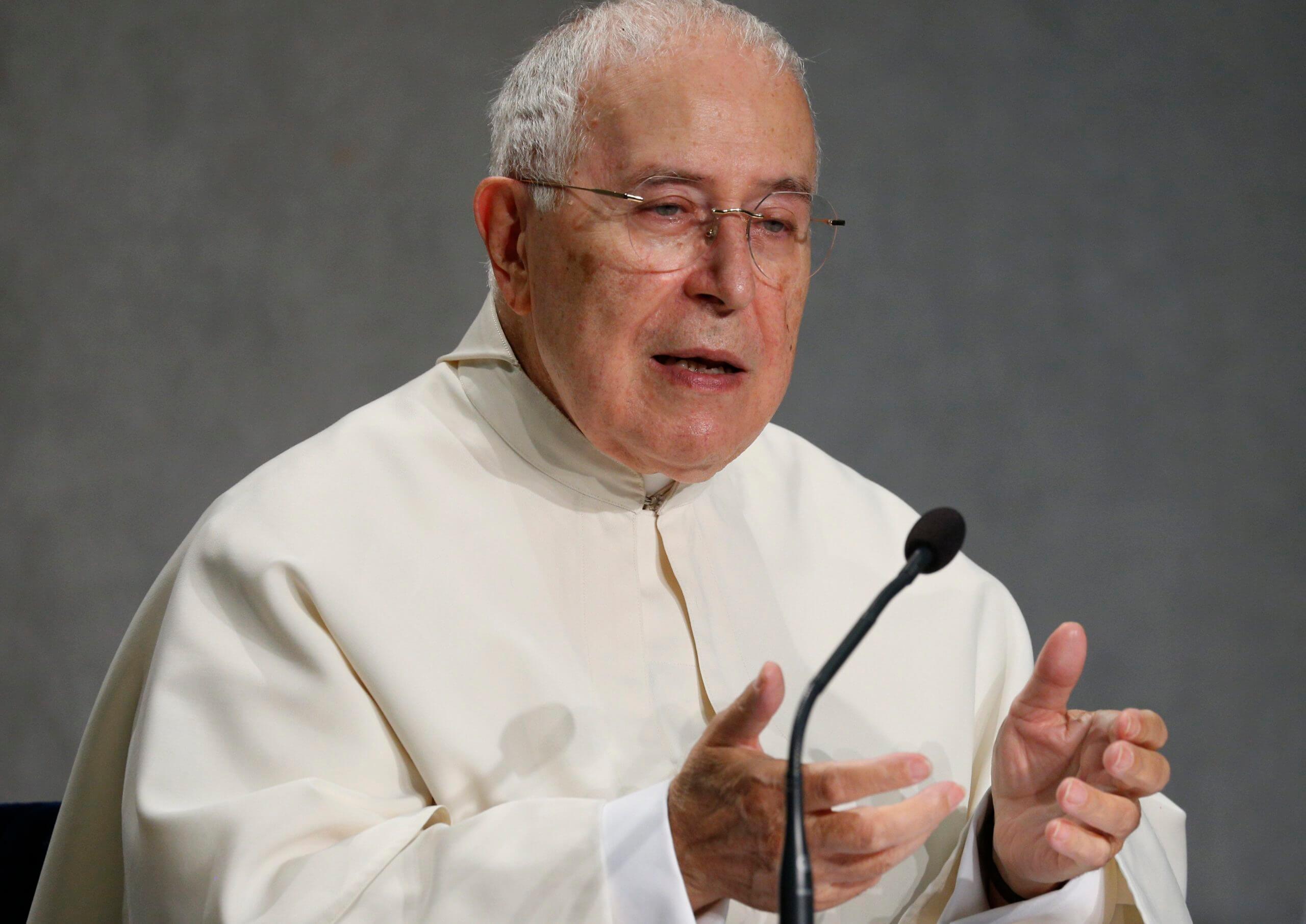 Photo Credit: CNS/Paul Haring - Norbertine Father Bernard Ardura, president of the Pontifical Committee for Historical Sciences, speaks during a news conference at the Vatican Oct. 26, 2021. The Vatican announced a conference Oct. 27-29 of historians and experts studying the history of the Church in the first centuries of Christianity.

A Vatican conference will gather both Christian and non-Christian historians and experts to delve deep into the history of the Church in the first centuries of Christianity.

Speaking to journalists at the Vatican press office Oct. 26, Norbertine Father Bernard Ardura, president of the Pontifical Committee for Historical Sciences, said the conference program was inspired by Pope Francis, who urged him “to work with scholars from all scientific backgrounds, from the most varied cultural sensibilities and from the most diverse historiographical methods.”

“Pope Francis insisted on the need for the committee to promote a fruitful collaboration in the scientific field, not only with Catholic academic institutions, but as well as with all historians and specialists in auxiliary sciences of history who are ready to work together in the search for the truth, taking into account only their scientific expertise,” Father Ardura said.

At the Oct. 27-29 conference, titled “Inquiry into the History of the First Centuries of the Church,” will bring scholars from across Europe as well as India, Iraq, China and the United States to focus particularly on the first two centuries of Christianity.

The two main historical accounts of the early Church have several points of conflict, Father Ardura said. The first account is that of Eusebius of Caesarea, the fourth-century bishop who chronicled the Church’s development from the first century to the fourth century.

The Norbertine priest noted, however, that Eusebius’ account of the first-century Church was so similar to the Christian Church that existed in the fourth century “as if it had always been as he knew it.”

“It is as if we were to say today that the early Church was like that of the 21st century. It is obvious, instead, that there has been a development,” Father Ardura said.

The second historical account, he continued, was more in line with Martin Luther’s perspective, which chronicles the “progressive degradation” of the Church over the centuries until the Protestant Reformation.

Father Ardura emphasized the importance of the conference in studying the Church’s history and searching for truth no matter where it may lead. However, he also noted that the conference is only the beginning.

“We will not arrive at certain conclusions,” Father Ardura said. “We want to give space to researchers who in various disciplines have acquired knowledge” of early Christian history.

Share This Post
Evangelization and Catechesis, Church History, Norbertine Father Bernard Ardura, Pontifical Committee for Historical Sciences, 'Inquiry into the History of the First Centuries of the Church'
See More
Last Article
Bishop’s chapel window has special meaning to local family
Next Article
Vermont parishes continue to feed those who are food insecure
Back to Vermont Catholic Magazine