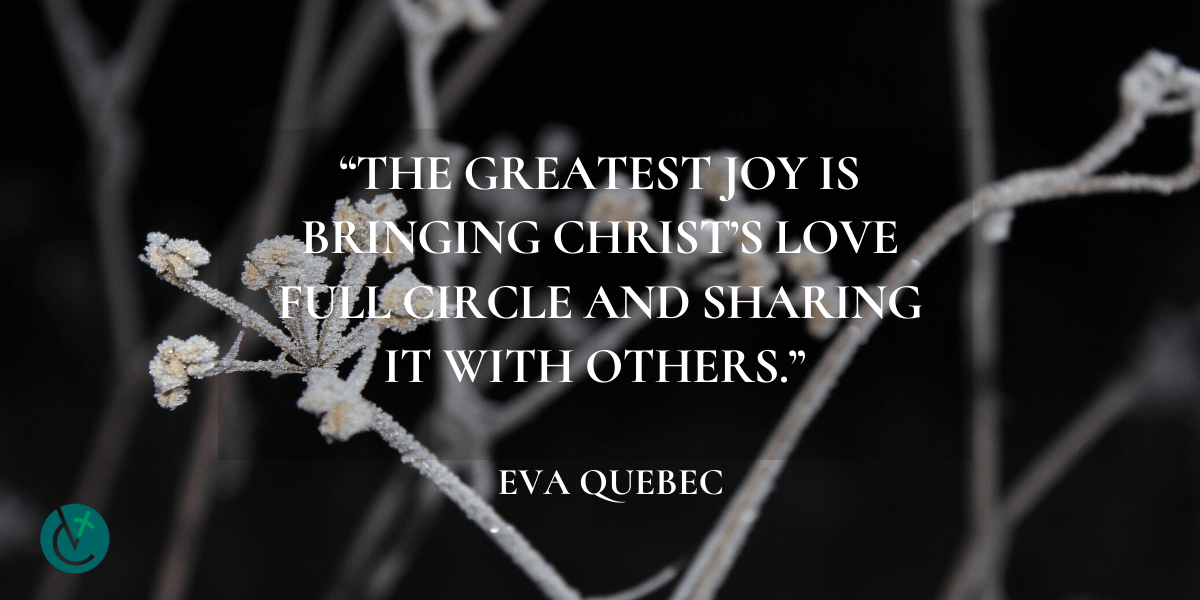 When Eva Quebec’s husband, James, died of pancreatic cancer in 2014, she grieved deeply.

“I had a hard time going through that loss. We had a beautiful Catholic marriage for 51 years,” said the parishioner of Nativity of the Blessed Virgin Mary/St. Louis Parish in Swanton and Highgate Center.

She felt a profound emptiness, but slowly — with the help of Father Luke Austin, her pastor at the time — Quebec found the strength to begin a bereavement group to help others cope with the death of a loved one.

The group began about three years ago and meets on the second Thursday of every month for conversation, sharing, spiritual reflection, informational programs and refreshments. With 19 women and one man, the group has grown from the five women who initially attended. Participants range in age from 55 to 90 and come to talk about the loss of their spouse, a child or a sibling; participants in the group do not have to be Catholic.

“There is no getting over it [the loss of a loved one]. You get through it,” Quebec said. “He [her husband] is always here,” she said, tapping over here heart, where she wears his wedding ring and a crucifix on a necklace. “But he’s with Jesus now.”

Sandra Hurlbut of Nativity of the Blessed Virgin Mary/St. Louis Parish called the bereavement group “fantastic” because it gives her a reason to get out of the house and lets her know she is not the only one suffering from a profound loss. Her husband, David, died in 2012.

“It’s hard to deal with such a loss without such a group,” she said. “I didn’t think I was depressed [after he died], but I was. I didn’t want to do anything.”

Though she knows she will never get over the loss of her husband, she could cope now even without the bereavement support group. “But I enjoy the company,” she said, explaining why she still attends. “It’s a helping hand.”

Quebec — an altar server, lector and coordinator of Eucharistic adoration — believes the Holy Spirit sent Father Austin to the parish to help her and that the Holy Spirit has sent her to the bereavement group to help others. “We’re here to help one another,” she added.

In addition to the meetings, members of the group do community service projects like providing Christmas stockings or care packages to area nursing home residents. “The greatest joy is bringing Christ’s love full circle and sharing it with others,” Quebec said.