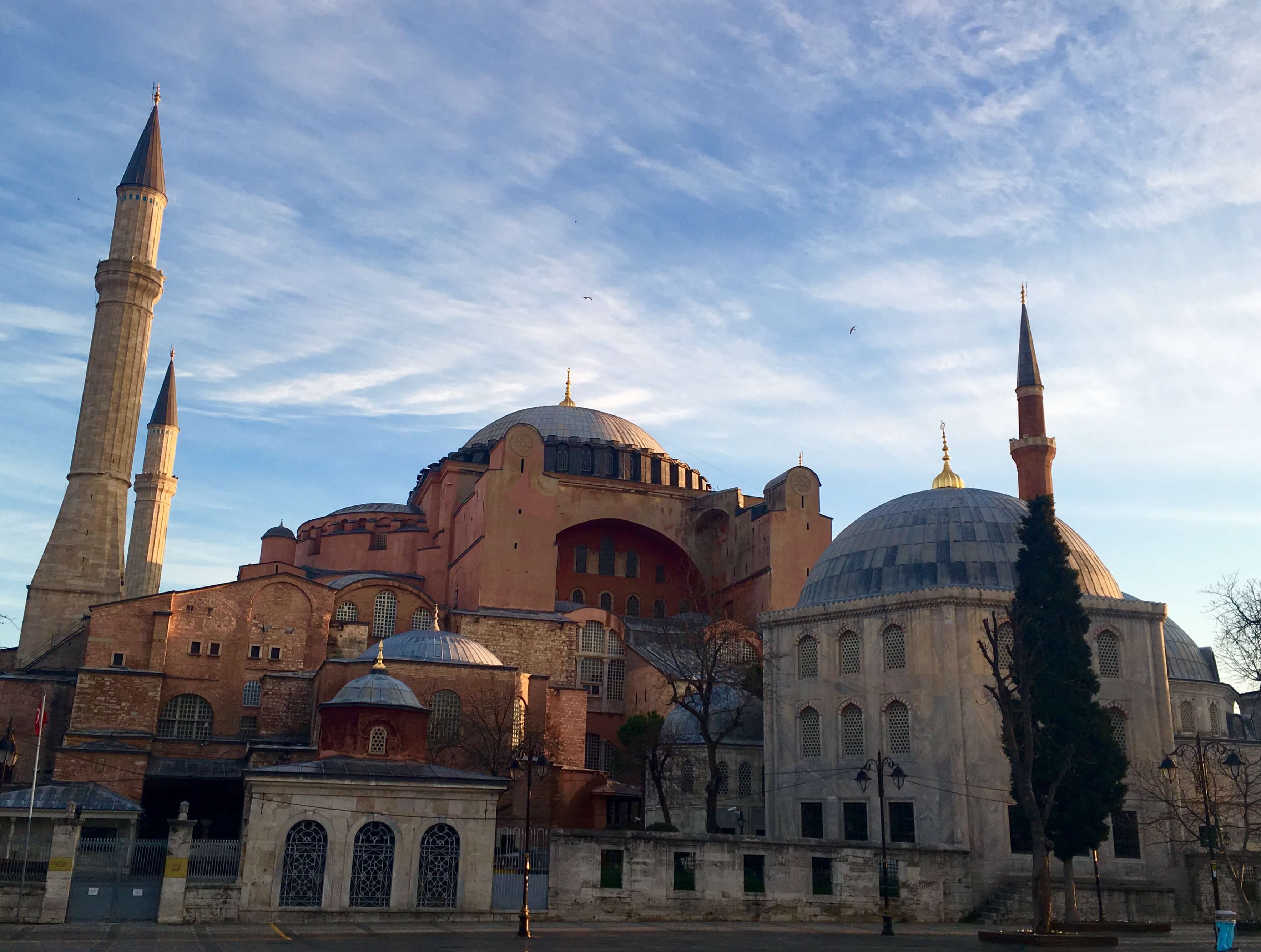 Photo Credit: Vermont Catholic/Alice Urban - The beauty of the Divine Liturgy in the Great Church of Hagia Sophia in Constantinople (pictured a few years ago) prompted envoys of Grand Prince Vladimir — later St. Vladimir — to report that while in attendance there, they did not know if they were in heaven or on Earth.

Encountering beauty in the liturgy

For many, the beauty of the Mass is unmistakable: the awe of the consecration, the magnificence of church artworks, the brilliance of the sacramentals like the chalice and paten, the uplift of the music and the scent of incense.

It was the beauty of the Divine Liturgy in the Great Church of Hagia Sophia in Constantinople that prompted envoys of Grand Prince Vladimir — later St. Vladimir — to report that while in attendance there, they did not know if they were in heaven or on Earth.

Vladimir, born about 956 in what is now in Ukraine, died in 1015 near Kiev. He was the first Christian ruler in that area, and his military conquests consolidated the provinces of Kiev and Novgorod into one state. His Byzantine baptism determined the course of Christianity in the region.

He was baptized about 988, received a Byzantine bride and made Christianity the official religion of his state.

According to an article at christianhistoryinstitute.org, Vladimir became interested in the question of faith while planning a campaign against the Eastern Roman Empire so he sent emissaries to the neighboring states of Bulgaria, Khazar and Byzantium to examine their beliefs. After attending a service at the Hagia Sophia cathedral, they reported: “We were led into a place where they serve their God, and we did not know where we were, on heaven or on earth.”

They noted that on Earth there was no such splendor or such beauty, and they were at a loss to describe it: “We only know that God dwells there among men, and their service is fairer than the ceremonies of other nations. For we cannot forget that beauty.”

Josh Perry, director of worship for the Diocese of Burlington, commented, “Beauty is all around us in the liturgy, even when it is hard to recognize it as such. I always try to remember that liturgy is always beautiful regardless of our experience or opinions of a particular celebration; there is an objective beauty to liturgy when it is celebrated according to the mind of the Church. Why? Because Jesus Christ is active in our liturgy!”

In the celebration of liturgy, “we encounter the beautiful work of Christ – our very salvation,” he continued. “That encounter happens every time the Church celebrates Mass; it takes place in the most magnificent basilicas and cathedrals in the world and in the smallest of country churches.”

Catholics today are called to bring beauty to liturgical celebrations through careful preparation and rehearsal of the music, attention to the celebration of the ritual, reverence brought to the liturgy, artwork used to proclaim that God is present and active and care in which churches are built and maintained. “Such beauty that we bring to the liturgy and to our churches is an aid that helps us encounter the one who is Beauty itself,” Perry said.