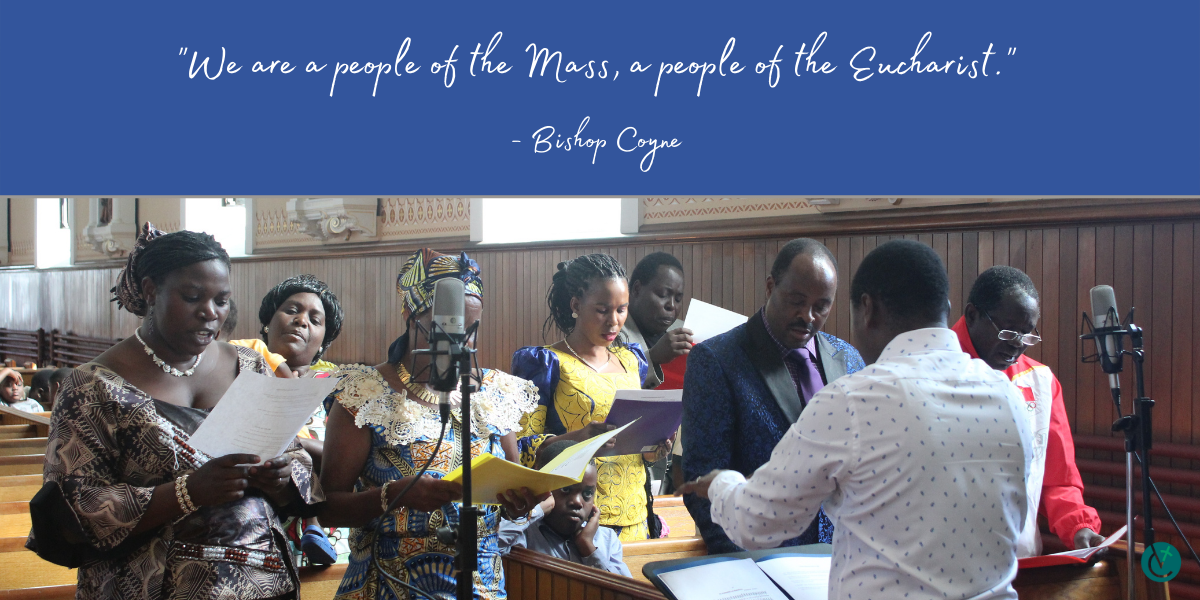 My brothers and sisters:

I grew up in a very homogeneous parish just outside of Boston.  Most of the Catholics in my parish were of European descent, very few were Latino or people of color.  I knew most of the children my age and their parents as they did me and mine. On Sundays the church was full.  We all knew the responses. We all knew when to sit and to kneel. Some of us sang. Most went to communion, and we all talked and met outside after Mass. I was part of that parish. I was part of the Church.

Over time, I moved away. I traveled. I went to seminary. I studied abroad. I went to Sunday Mass in many different churches, in many different places. Sometimes I was among the few Caucasians in the church. At times, I was among the few who did not speak the local language.  Sometimes I was by far the youngest person in the church. Sometimes the church was full, sometimes not so. But I knew when to sit and when to kneel. I tried to sing the songs in the local language. I always knew where we were in the Mass. I want to communion with everyone else. I was part of the community for that Mass. I was part of the Church.

I try to celebrate Sunday Mass one or two times a month at the Cathedral of St. Joseph Cathedral in Burlington. It is a very diverse community. There are the “born here” Vermonters and the “moved here” Vermonters. There are guests in the city and people from other parishes in the Diocese. There are the parishioners from Burundi, parishioners from Vietnam, parishioners from the Democratic Republic of the Congo, from Haiti. Colorful clothing abounds. Some parishioners are here as refugees, others as immigrants. Some are now U.S. citizens. There are many children of many cultures and races. The different cultural choirs take turns singing at different Masses.  Readings from the scriptures are proclaimed at times in French or Swahili. We all know when to sit and to kneel. We all know the responses. Some try to sing. Most come to communion.  We are a people of the Mass, a people of the Eucharist. We are a community. We are part of the Church.

The Mass — the Eucharist — not only signifies what we are as a Church. It truly makes it present in the gathering and in word and sacrament.