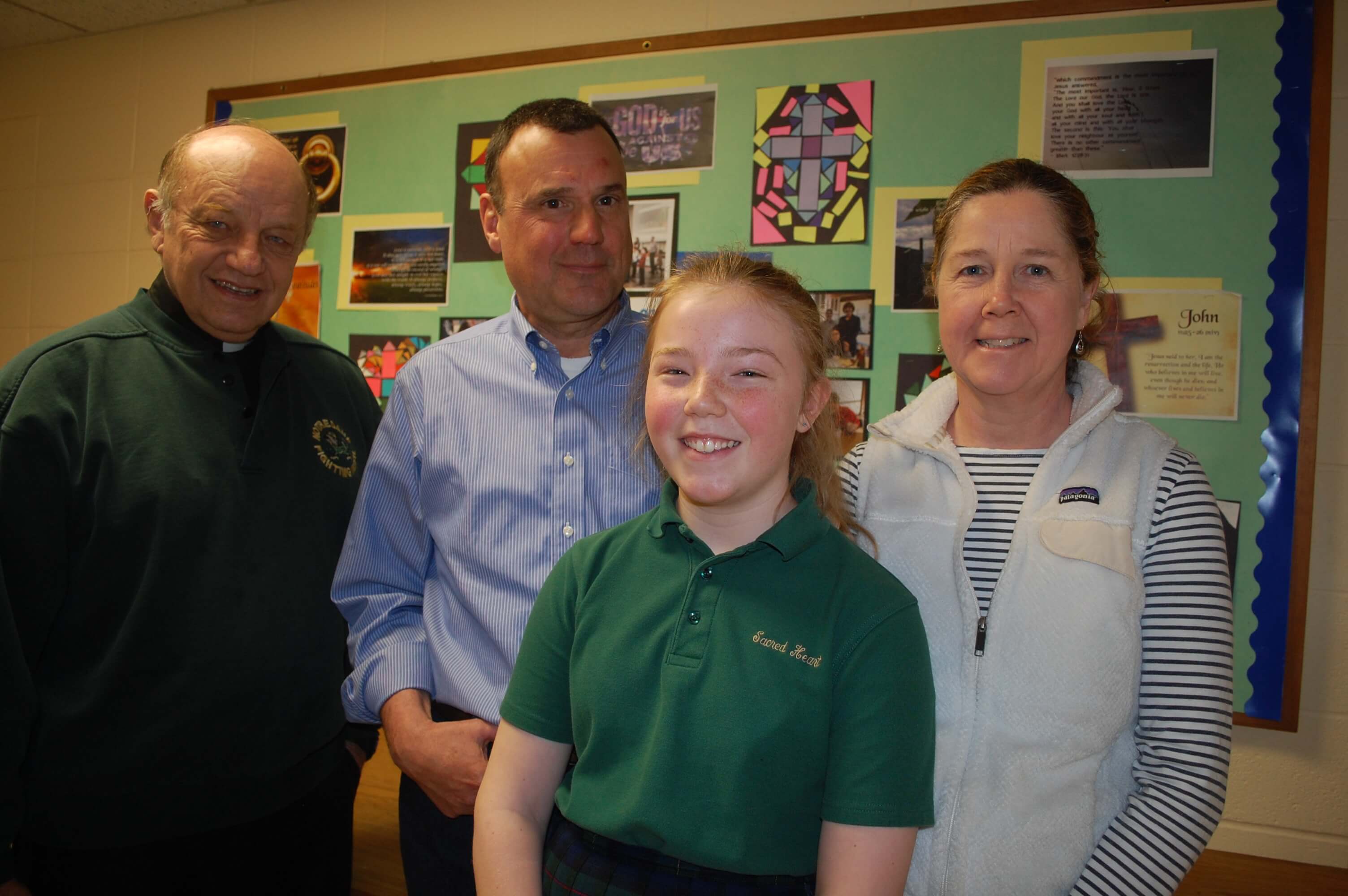 Work of the Holy Spirit

When Luisa Novelli was baptized last year as a fifth grader at The School of Sacred Heart St. Francis de Sales in Bennington, she was the first in a growing number of students there asking to receive the sacrament.

Since Holy Cross Father Robert Wiseman baptized her at a school Mass, eight other students have been baptized: six at school Masses and two at Sacred Heart St. Francis de Sales Church.

Luisa, 12, now a sixth grader at the Catholic school, said she had been a student there for about a year when she decided to ask to be baptized because “it felt right” and she thought “it would be best for me.”

She brought the idea to her father, John Novelli, who had been a lapsed Catholic. Luisa’s mother, Mia, is Episcopalian and attends Mass with her family.

Luisa’s two older sisters had been baptized and received First Communion and had attended The School of Sacred Heart St. Francis before the family moved to Burlington in 2010.

After returning to live in Shaftsbury in 2015 Luisa was enrolled at the Catholic school. “It is such a community and so welcoming to nonCatholics or lapsed Catholics,” Mrs. Novelli said. “For her to want so much to be part of it and continue to learn about the Catholic faith is really special.”

And Mr. Novelli wanted to get back into church life.

With that on his mind and his daughter’s desire to be baptized, he seized an opportunity to speak with Father Wiseman when the priest arrived on his bicycle at Willow Park for a Sacred Heart St. Francis soccer game in which Luisa was playing. The priest encouraged him on both issues.

After he baptized Luisa last year at a weekly Friday Mass at the school, she said she “felt better about everything I worried about” because she felt “God was more part of me.”

Her principal, friends and teachers were supportive of and happy for her. “They were amazing, kind and welcoming,” she said.

Then other students began asking to be baptized. “It has had a ripple effect,” Mr. Novelli said, noting that not only have other Sacred Heart St. Francis de Sales students asked to be baptized, but Luisa’s baptism has inspired one of her sisters and some of her friends to get involved in the Catholic Center at the University of Vermont. “One good thing leads to another,” he said.

Students who have not been baptized and want to receive the sacrament should talk to their parents, Father Wiseman advised, then work with their parish priest. “Role models like [Luisa] make them see that it can work,” he said.