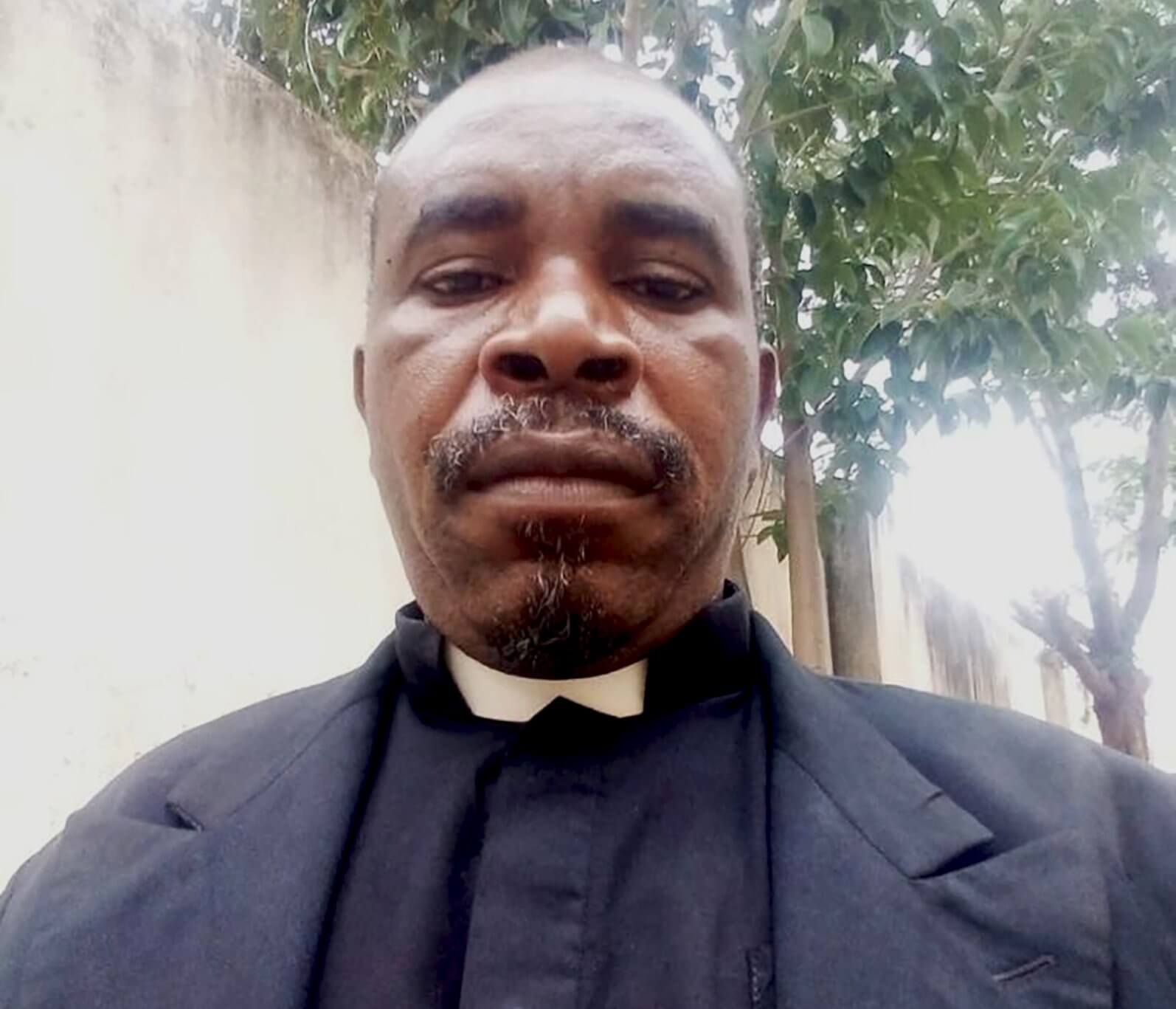 Angolan priest struggles against the invisibility of starvation in Angola

Although a severe drought in southern Angola has led to widespread hunger among more than 1 million people, the government has taken few measures to address it.

One Catholic priest is taking action, however.

Father Jacinto Pio Wacussanga of Lubango in Huíla province has spent a decade organizing local farmers and peasants and helping them gain new skills in response to the climate change-induced drought.

The 56-year-old priest’s efforts to assistant poor and hungry people as well as his criticism of governmental inaction have been recognized by some and criticized by others.

Recently, the People’s Movement for the Liberation of Angola — known by the Portuguese acronym MPLA — reached the point of denying the seriousness of the humanitarian crisis in Angola. In December, President João Lourenço, an MPLA member, affirmed during a speech that his “adversaries” only talk about hunger, but “hunger is always relative.”

“The country already has a large production of food. Maybe for political convenience, incessantly repeating the word hunger suits them,” Lourenço told a gathering of the MPLA, which has ruled Angola since the country gained its independence in 1975.

Father Wacussanga said he has observed the struggles of hungry people in his work at St. Anthony of Gambos Mission, where people arrive every day looking for help.

“Unfortunately, the government has adopted a denialist attitude lately. Affirming that part of the Angolans are starving would be an insult for the authorities, who have been claiming that it is a middle-income country with a considerable level of development,” Father Wacussanga told Catholic News Service.

Droughts are a cyclical problem in Angola but have been intensified in recent years by climate change. Their impact is worsened by the country’s social and economic structure, explained Olívio N’Kilumbu, a political analyst who is a professor at Oscar Ribas University in Luanda, Angola’s capital.

“Farmlands have been occupied by oligarchs over the past decades, most of them connected to the armed forces. That impeded traditional populations of getting access to rivers and land for cattle, so they had to move elsewhere,” he said.

Those most affected by hunger have been shepherds for thousands of years, with a traditional diet based in milk and honey. Drought and land concentration have made their long-practiced way of life impossible.

“They have been marching to Namibia, walking hundreds of miles through arid lands. Many times, their children die during such journey and are buried along the way,” Father Wacussanga said.

People pass the priest’s mission each day on their way to Namibia. Father Wacussanga said he manages to persuade some to give up the dangerous idea, and even made land available for a group to cultivate fast growing vegetables. But most keep going south.

“In Namibia, the government at least offers some help. Here they do not get anything from the state,” he said.

Economist Carlos Rosado de Carvalho said the Angolan government has repeatedly announced measures to minimize the effects of the drought, but has yet to act. “The authorities only talk about hunger when they send food-loaded trucks to the impacted regions,” he said.

N’Kilumbu argued that corruption is another relevant issue. “Some time ago, there was a plan of building dams to retain stormwater. Without the due monitoring, nobody knows what was done with that money,” he said.

Father Wacussanga’s repeated denunciations have led to consequences over the years. He has been publicly criticized and has received threats on several occasions.

“Someone told my archbishop once that I was lying and that it ‘was better for me to shut up.’ Fortunately, he stood up for me,” Father Wacussanga recalled.

His firmness is probably inspired by his late spiritual mentor, Father Leonardo Sikufinde, who was killed in an ambush by government troops in 1985.

“He was a human rights advocate and died for his defense of life,” Father Wacussanga said. At the time, Father Wacussanga was a young teacher and had not yet decided to enter the priesthood given that he needed to help his family.

“Sikufinde’s murder shocked me so much that I decided to leave everything behind and go to the seminary,” Father Wacussanga said.

Ordained in 1995, he has since worked in organizing peasant farmers seeking to recover lands and make them farmable again.

Challenges were immense at times. In 2003, one of the nongovernmental organizations Father Wacussanga founded received word about a group of large-scale landowners who were raping children and torturing peasants. Authorities were informed and an inquiry was launched, but a cover-up ensued and the priest began receiving threats. He left Angola for a while.

“That is when we knew of an opportunity of studying in England. I completed a master’s course in peace building at the University of Bradford,” he said.

One of Father Wacussanga’s efforts today is constructing irrigation and cultivation projects and seeking funds from international foundations for the work. But the effort has gained little financial support.

“The international community did not understand the seriousness of the situation in southern Angola. The time which was lost resulted in larger impacts that have now to be urgently tackled,” he said.

Father Wacussanga also has been building a training center for community leaders to learn agroecology in the drive to reduce hunger. “It is a project that will require much effort throughout the next years,” he said.

N’Kilumbu said the most significant part of the priest’s work has been denouncing the social injustices that he sees every day.

“In a country where television stations are controlled by the government, denouncing has a central importance,” he said. “He is a true hero.”