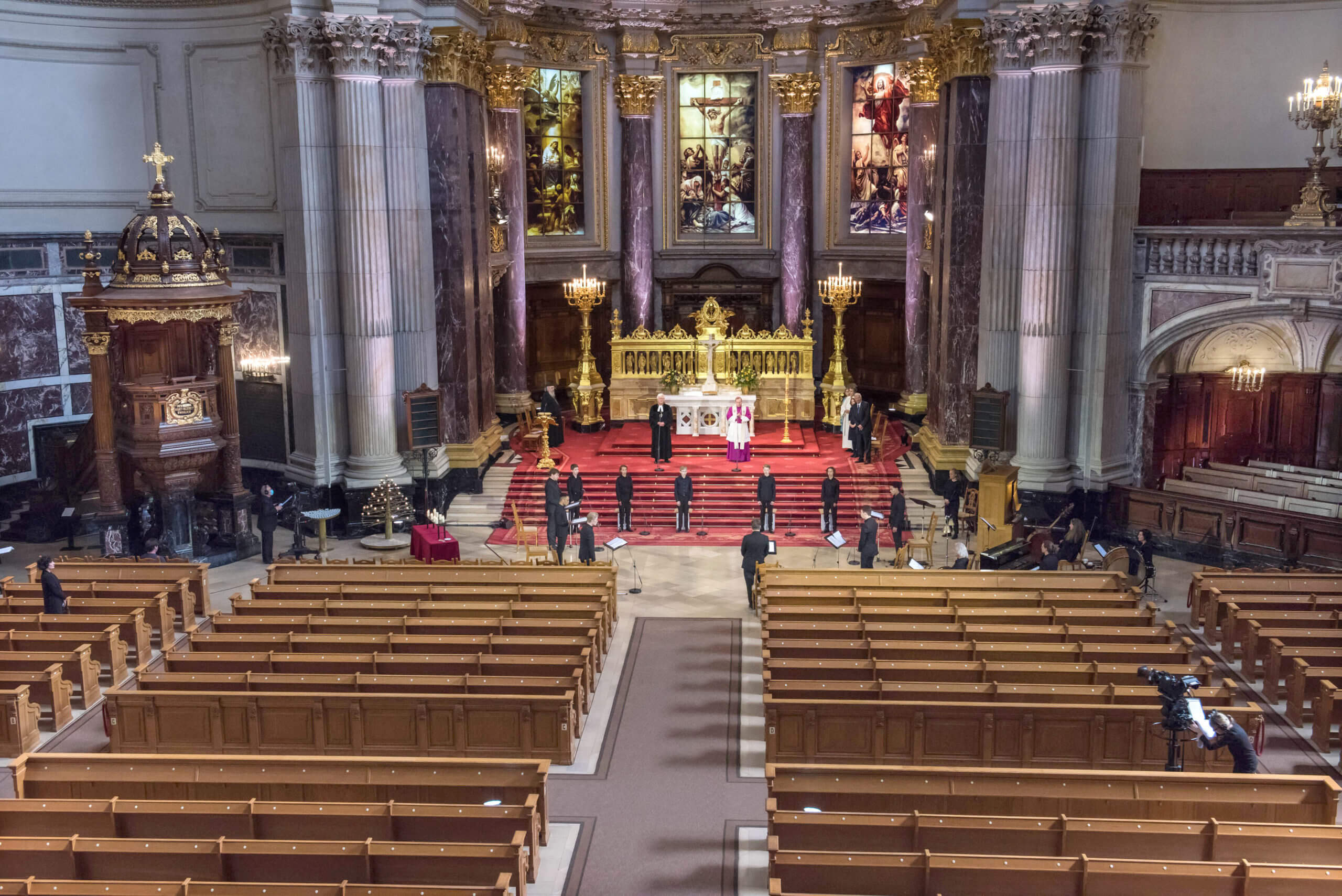 In a joint service marking the 75th anniversary of the end of World War II, Christian churches in Germany issued a call for a commitment to work for peace, reported the German Catholic news agency, KNA.

At the May 8 service in the Berlin cathedral, Limburg Bishop Georg Batzing, president of the German bishops’ conference, and Bishop Heinrich Bedford-Strohm, council president of the Protestant Church in Germany, spoke against demands made for ending commemorations of Germany’s past.

During the service, Avitall Gerstetter, a female cantor from the Jewish community, read passages from the Bible and sang a song in Hebrew, KNA reported.

The Berlin cathedral is the largest Protestant church in Germany and the burial site for many Prussian rulers and monarchs. Besides church services, it is also the venue for state occasions. Due to the coronavirus crisis, the service took place without a congregation in attendance, but it was broadcast live on national television.

Bishop Batzing recalled the 50 million dead just in Europe alone, above all the “millions of people who were murdered in the National Socialists’ concentration camps and extermination camps: Jews, Sinti and Roma, political opponents.” This had been “a complete moral bankruptcy of Germany,” he said.

Bishop Bedford-Strohm stressed the ongoing German responsibility for the war. “Against any forgetting and against any relativizing we say: Yes, we became guilty. We plunged all of Europe and large parts of the world into misery.”

But the guilt has not resulted in eternal rejection, Bishop Bedford-Strohm noted. “Our erstwhile enemies approached us again. They have become friends,” he said, and so he was thankful “that many of our Jewish brethren remained, that many returned to the country which had inflicted such incomprehensible things on them and reached out their hands in reconciliation.”

Bishop Batzing stressed that peace was not something that just simply gets organized. It needs people “who carry a hope inside because they are convinced they are not alone but rather that God Himself, His spirit, is with them.” Today, he added, people were challenged by the wars in Syria and other nations in the Middle East and in Ukraine and by migrants losing their lives while crossing the Mediterranean.

In a declaration at the end of April, Germany’s Catholic bishops admitted to the transgressions of their predecessors during World War II.

“By not opposing the war with a clear-cut ‘no’ and instead with most of them boosting the will to hold out longer, they made themselves complicit in the war,” the 23-page statement said.

World War II in Europe ended on May 7, 1945, with the unconditional surrender of the German Reich. The official celebration is normally marked May 8.