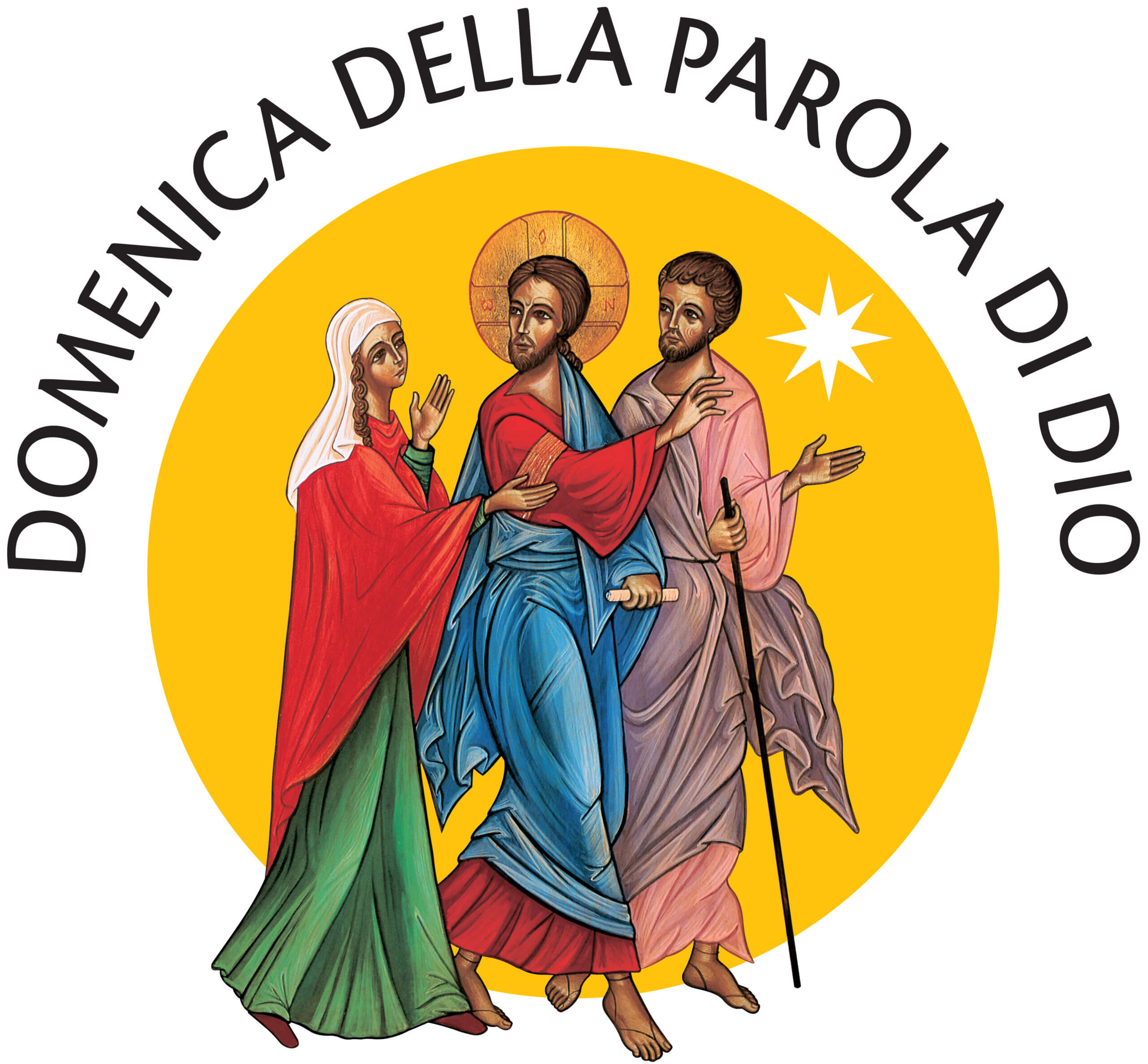 Photo Credit: CNS logo/courtesy Pontifical Council for Promoting New Evangelization - The official logo for the Sunday of the Word of God was unveiled at the Vatican Jan. 17. The colorful logo depicts "The Road to Emmaus" and is based on an icon written by the late Benedictine Sister Marie-Paul Farran. The newly established day is being celebrated Jan. 26 and is meant to be devoted to the celebration, study and dissemination of the word of God.

An icon of the encounter with Jesus on the road to Emmaus was chosen as the official logo for the worldwide celebration of the Sunday of the Word of God.

The colorful logo is based on an icon written by the late-Benedictine Sister Marie-Paul Farran, a member of the Our Lady of Calvary Congregation, who lived and worked at its monastery on the Mount of Olives in Jerusalem.

The logo was presented to the press at a Vatican news conference Jan. 17, ahead of the newly established Sunday of the Word of God, which is being celebrated Jan. 26 this year.

Pope Francis has asked that the third Sunday in Ordinary Time each year be observed as a special day devoted to the celebration, study and dissemination of the word of God.

The logo shows the resurrected Christ holding in his left hand a scroll, which is “the sacred Scripture that found its fulfillment in his person,” Archbishop Rino Fisichella, president of the Pontifical Council for Promoting New Evangelization, told reporters.

By his side are two disciples: Clopas and his wife, Mary. They both fix their gaze on Christ while Clopas holds a stick to indicate “a pilgrimage,” the archbishop said.

Mary is holding one hand upward and with her other hand seems to be touching the Lord, reaffirming that he has fulfilled the ancient promises and is the living Word that must be proclaimed to the world, he said.

Holding the stick in one hand, Clopas’ free hand is pointing the road ahead, which all disciples are called to take in order to bring the Good News to everyone, Archbishop Fisichella said.

There is a star overhead symbolizing evangelization and the “permanent light” that guides their journey and shows them the way, he added.

It is also important, he said, to notice the feet of all three are depicted as being in motion, representing that the proclamation of the Risen Christ cannot be accomplished by “tired or lazy disciples” but only by those who are “dynamic” and ready to find new ways to speak so that sacred Scripture may become the living guide of the life of the church and its people.

Pope Francis was scheduled to celebrate Mass Jan. 26 in St. Peter’s Basilica and to begin the liturgy with a solemn enthronement of the Lectionary used during all the sessions of the Second Vatican Council.

The statue of Our Lady of Knock from the shrine in Ireland will be placed near the altar, Archbishop Fisichella said, and there will be a large group of Irish pilgrims led by Archbishop Michael Neary of Tuam.