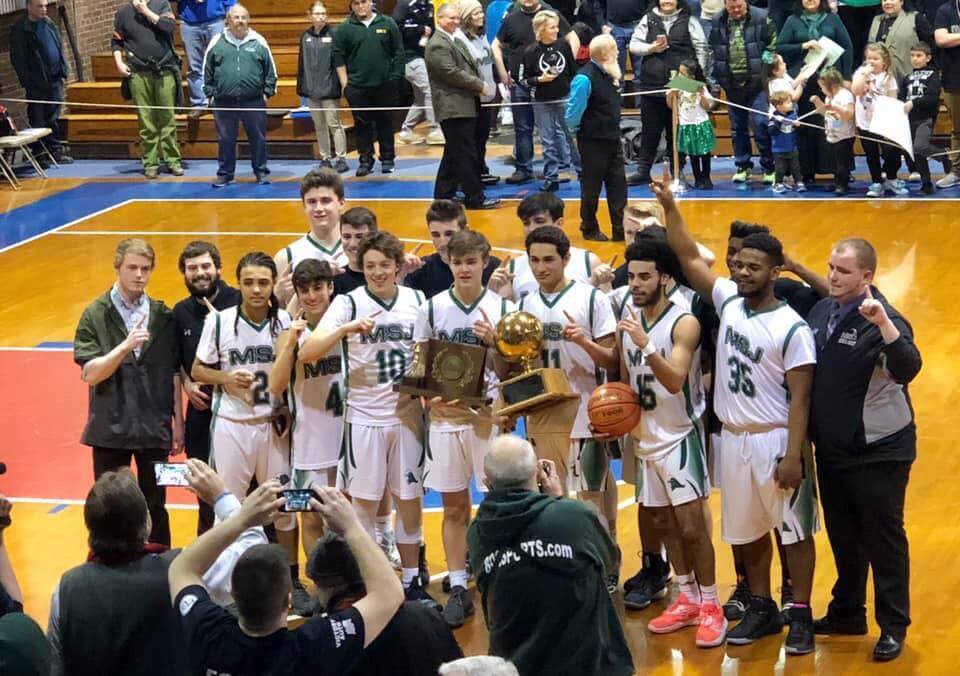 The Mount St. Joseph Academy boys’ basketball team put it all together at the right time and claimed the Boys Division II Basketball Championship with a 49-44 win over Lake Region at Barre Auditorium on March 16.

The Rutland high school’s boys led throughout, holding a 13-11 lead after the first quarter and 23-17 at the half. After stretching the lead to double digits, there were a few tense moments as Lake Region came roaring back in the fourth quarter to cut the lead to two.

Logan Montilla helped MSJ carry home the title by shooting 11 of 14 from the free- throw line. He led MSJ scorers with 20 points. Sophomore Maddox Traynor chipped in 17 points in the winning effort.

This is the Mounties’ first championship in boys’ basketball since 2012. They finish the season 19-5.

“This game capped what was a magical season for the Mounties,” Athletic Director Dan Elliot said. “This group of kids came together, worked hard day in and day out and dedicated themselves to team and defense. They are a true testament to the old saying, ‘teams win championships.'”