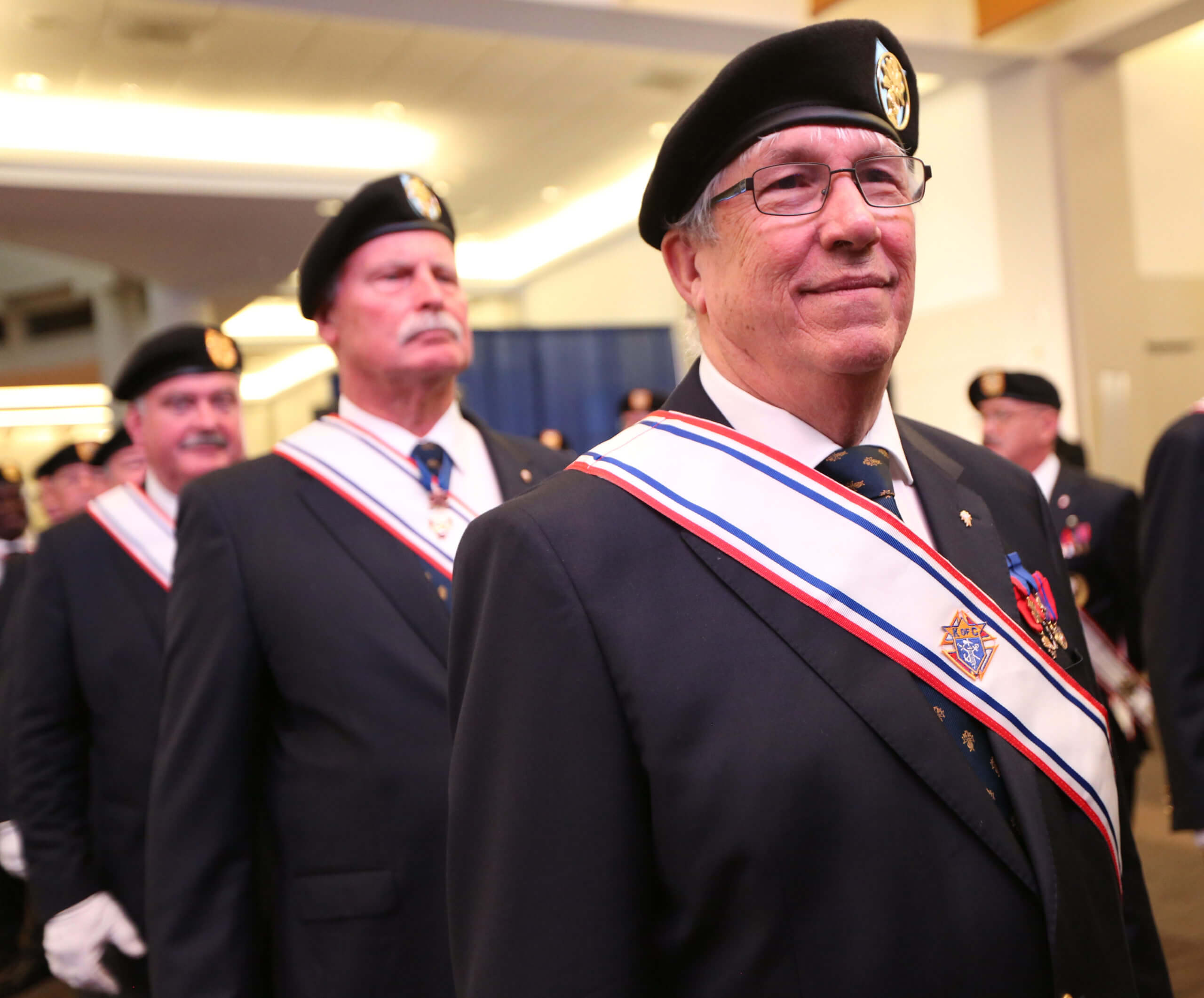 Photo Credit: CNS/Dave Hrbacek, Catholic Spirit - Knight Greg van der Hagen of Hutchinson, Minnesota, lines up for the start of a Mass last year at the 137th annual Knights of Columbus Supreme Convention in Minneapolis. The international fraternal organization based in New Haven, Connecticut, has released videos and other resources to help men on their spiritual journey.

The Knights of Columbus, the international fraternal organization based in New Haven, Connecticut, has released videos and other resources to help men on their spiritual journey.

Titled “Into the Breach,” the video series has 12 episodes that address “many of the challenges modern men face, including fatherhood, marriage and leadership,” said a news release from the Knights. The videos and other resources can be found at kofc.org/intothebreach.

“Catholic men and fathers shoulder a great responsibility. Our role in evangelization is indispensable, especially within our homes — building the domestic church,” Supreme Knight Carl Anderson said in a statement. “Our families and our parishes need our faithful witness more than ever.

“As Catholic men and as Knights of Columbus, it is our duty to ‘step into the breach’ and play our part in the renewal of our families and the church,” he added.

The Knights said the series was inspired by Phoenix Bishop Thomas J. Olmsted’s 2015 document, “Into the Breach: An Apostolic Exhortation to Catholic Men,” which called men to be prepared for the spiritual battle for their souls and the souls of their families.

The series builds off the popularity of the organization’s “Everyday Heroes” series that focused on “remarkable Knights whose courage, faith and commitment to charity show that heroism is attainable to the everyday man.”

“The ‘Into the Breach’ series contends that men are made for greatness and that the true expression of that greatness is to be heroically virtuous — to have a character marked by goodness and truth, strength and courage, in imitation of Christ,” the news release said.

Through the series, the Knights of Columbus “is seeking to offer Catholic men tools and opportunities to grow in their faith, pursue Christ-like virtue, and become better Catholics, husbands and fathers.”